Home / Miscellaneous / Why Hulk still rules: WWE.com goes one on one with “The Immortal” Hulk Hogan

Why Hulk still rules: WWE.com goes one on one with “The Immortal” Hulk Hogan 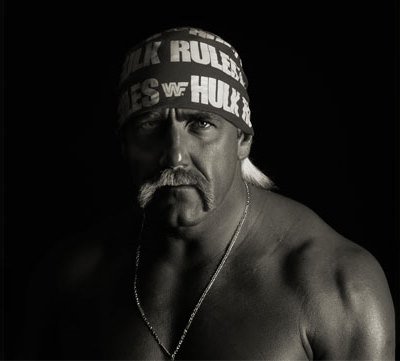 It had been less than 24 hours since Hulk Hogan made his long-awaited return to Raw when he sat down in an office in Stamford, Conn., for a conversation with WWE.com. A lesser man may have shown some of the wear that comes with flying cross-country only hours after experiencing the adrenaline jolt of performing in front of thousands of seriously excited fans. This was The Hulkster, though. He’s been doing this since Ronald Reagan was in office.

In fact, Jan. 23, 2014, marked 30 years since Hogan first won the WWE Title and started the brotherhood of Hulkamania. Since that time, The Hulkster has become so ingrained in the fabric of American pop culture that he recently appeared alongside The California Raisins and Jason of the “Friday the 13th” movies in a Super Bowl commercial. Y’know, fictional characters. If, at times, he’s gotten lost in that dead space between what is real and what is fantasy, it’s understandable. He’s lived the better part of his life inside the pages of a flesh and blood comic book. Apologies if that ink sometimes runs.

But, as he said on Monday night, this is a turning point for Hulk. In the last few years, he’s watched his personal struggles play out very publically, been pieced back together on an operating table and walked out on the other side with the fire engine red and canary yellow shining brighter than ever. He’s a survivor, brother. The Immortal One. And this is where he’s at three decades after Hulkamania first started running wild. Now sing it with us, “When it comes crashing down and it hurts inside…”

WWE.COM: What was it like returning to Raw on Monday night? Do you still get nervous before walking out in front of a live audience like that?

HULK HOGAN: Oh yeah, there were nerves. Even the night before, I couldn’t sleep. I was tossing and turning. I’m thinking, “How are these fans going to welcome me back?” But when I came out right at the top of the show and they saw me, it was almost like I had walked behind a 747 jet. The only way I can explain it to you is it was this energy and it was so loud it was like, “Woah!” It made me take a step back for a minute. I was like “Okay. Yeah, this works.”

Go behind the scenes of Hulk’s Raw comeback

WWE.COM: How about the Superstars and Divas? Were you concerned about how you’d be received in the locker room?

HOGAN: You always hope for the best, but that thought of, “Who’s this new guy coming in?” will pass through your mind. A lot of these new Superstars weren’t born when I wrestled Andre the Giant at Shea Stadium, so, you never know. But it couldn’t have been a better welcome. I mean it was nothing but love. When you shook someone’s hand, they looked you right in the eye and they were serious. One Diva said, “Oh man. I’m a huge fan of yours. You’re the biggest Superstar ever!” I said, “Man, that’s cool. Thank you.” So it was really neat coming from a bunch of very good people.

WWE.COM: Can you tell us about how your return came about?

In my heart, I was hoping to come back here.HOGAN: Over the last couple years, there’ll be texts between Vince and I. “Happy birthday brother!” on August 24th, his birthday. Christmas, Thanksgiving. We’ll touch base like that. And then I guess the word got out that I was jobless. I didn’t know what I was going to do. I was thinking of going back to playing music or something. On a Tuesday, I was officially out of work. And Friday morning I was drinking my coffee and I hear my cell phone. And it was Triple H. “Hey brother, just checking on you.” I’m like, “Hey, dude, I’m just contemplating my navel here. I’m officially out of work, I’m unemployed.” And that started us talking. In my heart, I was hoping to come back here. I was hoping to put the period on the end of the sentence and it was the logical extension. It just made so much sense to come back.

Watch the WrestleMania battle between Hulk and Mr. McMahon

WWE.COM: Has there always been a friendship between you and Mr. McMahon?

HOGAN: Oh yeah. I mean it’s been fun. It’s been a wild ride. When I moved to Stamford, we were inseparable — me, Vince and Pat Patterson. Every day in the office for years, and it was great. Between the wrestling business, the 18-hour days, riding motorcycles, lifting weights and just this crazy vision Vince had. It was like living in a fairy tale. Like, “Oh my gosh, it’s happening. It’s really working.” Even when I left in the early ’90s, we still loved each other to death on a personal level. Business is business. That’s the one thing I learned from Vince — business is completely different from giving someone the shirt off your back and being there for him no matter what. Sometimes I get confused. The lines get blurry, but, no matter what happened, Vince has always been there.