Home / Podcasts / In Your Head, Racap: One Warrior Nation

In Your Head, Racap: One Warrior Nation 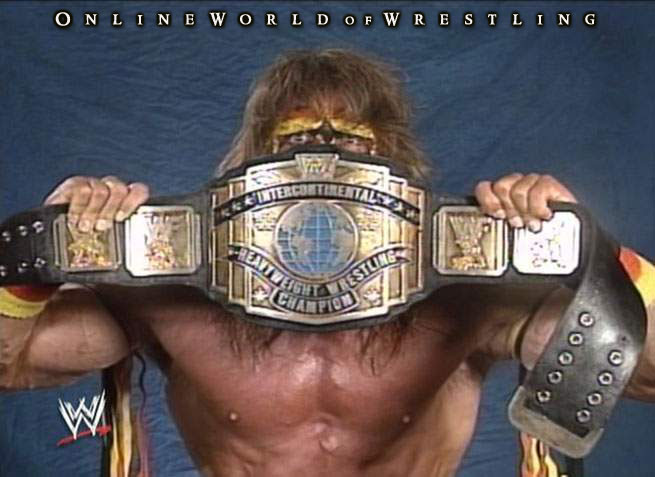 One Warrior Nation, a wrestler who claims to have been the stand-in for the Ultimate Warrior during his original WWF run, was the guest on the September 27th edition of the In Your Head radio show, hosted by Jack, One Inch Biceps and Barbie Richards at http://www.inyourheadonline.com . It was a full moon that night.

The first caller was a promoter OWN works with at All Out Mayhem. They plugged an October 13th show in Maine. It will be OWN’s debut, and his opponent will be a surprise. All Out Mayhem has previously hosted King Kong Bundy, Demolition, Tito Santana and the Honky Tonk Man. For more you can check out alloutmayhem.com.

The second caller, IYH-regular Jason, asked how OWN broke into the business and what territories he worked for before WWF. OWN said he had just gotten back into wrestling in 2007 and was staying in the northeast, particularly with WWA and All Out Mayhem. Jack mentioned that he will also be at WCWA Rulz: Dream Reunion 2 on October 6 in Kokomo, Indiana, also featuring the Rock And Roll Express, Jerry Lawler, the Midnight Express, Virgil and the Nasty Boys ( http://www.wcwarulz.com or http://www.dreamreunion.com ).

Jack asked OWN to explain his claim that he worked as a replacement for the Ultimate Warrior in the WWF. OWN said there were binding legal issues that prevented him from discussing the matter. “I’ve got a choke hold on me,” he explained, but promised “seeing is believing.”

Jack asked if OWN enjoys fan fests and meeting the audience. “The personalities in this business are larger than life,” he said, but the fans make the experience.

Jack asked about the popularity of legends on current television. OWN said old school wrestling will make a return because people still want to believe what happened in the 70’s and 80’s was real, or have experiences like those times. Personally, he likes being in there with the young guys and thinks a lot of legends are in very good shape and can still go in the ring. He also feels that family-friendly indy shows are important. “The blood and guts, there’s a place for that,” he said, but he wants to entertain children of all ages. Kids’ response to his gimmick is “unbelievable.”

Jack asked what he thought about The Self-Destruction of the Ultimate Warrior DVD. He feels it was disrespectful, and that no matter whether you have positive, negative or indifferent feelings, you should still express them with respect. He thinks some of the people on the DVD were told to vent or insult the Ultimate Warrior. He deeply respects the man and considers him “an icon.”

OIB asked a question from the board about the Iron Shiek. OWN thinks he’s hysterical and would like to “hang out with him again.” “He still has all the spit and vinegar,” he said, adding that he loved him no matter what was coming out of his mouth. Jack asked if OWN thinks Iron Shiek is really that crazy. He replied, “He’s on edge, but he’s definitely got an angle.” The hosts laughed over their memorable interview with the Iron Shiek, and OWN told a story about how animated he’d gotten over little things, and the time he actually clocked a woman with a clothesline.

Jack asked for road stories of traveling with Marty Jannetty. OWN recalled Rocky Johnson’s birthday party where Jannetty and Pat Tanaka kept everyone laughing all night. Jack asked if Jannetty still played a lot of practical jokes, and OWN said he was “up there” as one of the all-time best pranksters. He recalled a time when Jannetty nailed his wrestling boots to the floor in the changing area.

In the chat room, Swax asked what OWN thinks of TNA. He said he “loved those guys,” “loved the new concept of the ring,” and that he hoped it would do well. He supported the hiring of Pacman Jones because the business is built on conflict and controversy. OWN did not know “TNA” was double entendre.

Barbie asked a question from the board about cutting promos. OWN finds it easier to go with whatever is in his head, but as a professional he goes with whatever he’s asked.

Jack asked what he felt the difference was between live indy wrestling and televised wrestling. OWN said everything feels more physical and intense in person.

In the chat room, Chris the Crusher asked if OWN had ever met the Ultimate Warrior. OWN said their only contact was through briefs and legal procedures.

OIB asked Riren’s question about WCW’s Renegade character. OWN said the character was a disrespect, but the wrestler was a good guy. He didn’t have the physicality to “come close” to the Ultimate Warrior character.

Rogue in the chat room asked the controversial question of what air conditioner he used. He laughed and said he has a Rheem Central Air unit in his home.

To close, OWN left this message for his fans: “My only fear is not that I am inadequate, but that I am just too powerful beyond measure.”