Investment firm buys stake In WWE, calls for Board to replace management team 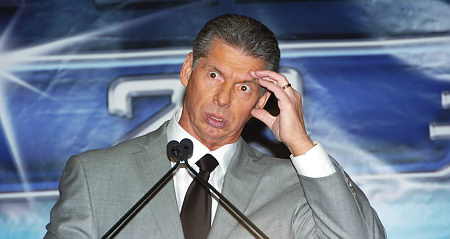 Investment firm Lemelson Capital announced today that they have taken a major stake in WWE shares and have called on WWE’s Board of Directors to replace the current executive management team. Below is their press release:

Marlborough, MA, May 16, 2014 — Lemelson Capital, LLC, a private investment management firm, today announced that they had taken a stake in shares of World Wrestling Entertainment (WWE) and called on the Board of Directors to replace the executive management team of the company following a period of consistent losses, execution issues and material misstatements.

Despite the stock’s roughly 63% correction since Lemelson Capital’s original short call less than two months ago (from $30.37 on March 17 to $11.33 as of publication of this release), the firm today also reiterated that fair value of WWE’s common stock is between $8.25 and $11.88.

“WWE has affirmed that even with one million subscribers for its WWE network, the company stands to lose between $45 million and $52 million in FY 2014, which validates the original short thesis,” said Emmanuel Lemelson, Chief Investment Officer of Lemelson Capital Management. “This follows what we believe to be material misrepresentations by the company about both the performance and operating profit model of its WWE network, which the company has wrongly labeled ‘a homerun’,” said Lemelson.

Lemelson Capital today also called on WWE’s Board of Directors to promptly replace the company’s executive management team, or explore the sale of the business, and said that such changes are a necessary component of any successful strategy going forward. “For example, promoting the WWE direct network’s value to shareholders without a fair and accurate discussion of the implications to a traditional network revenue circumvented management’s fiduciary responsibility as stewards of investor’s capital, and is part of what has emerged as a pattern over recent years. Further, there are no pending operational developments in the pipeline to offset these significant losses,” Lemelson added.

Lemelson Capital and its clients are long shares of WWE.