Wrestling Inc. is on-site at MLW’s Chicago FUSION TV tapings tonight. Just now Joey Ryan revealed that he tore his pec in Austin, TX earlier this week. Ryan joked, “That seems to be going around a bit.”

Joey Ryan was slated to team with Swoggle at tonight’s tapings against The Dirty Blondes and did still compete in the match. He did not use his injured left arm, which was in a sling, the entire bout.

Following the bout Ryan removed his sling and showed the crowd his heavily bruised upper left arm. He then confessed that he thinks he is going to need surgery and does not know how long he will be out of action. He thanked the Chicago crowd and said that he was happy that he got to compete there one more time. 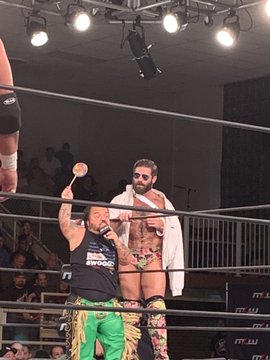 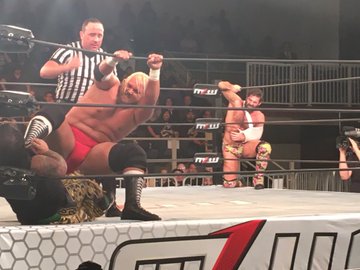 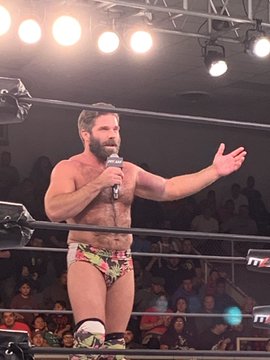 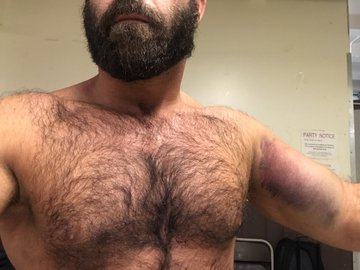 Had a blast teaming with @wwehornswoggle tonight in Chicago but it’s true; I tore my pec (heard it’s going around) last night in Austin. Unfortunately, I need to pull off @pro_after & @SouthsideWE for the rest of the weekend so I can see my doctor & figure out the severity of it.