Home / WWE / Kevin Owens talks about his rise to WWE

Kevin Owens talks about his rise to WWE 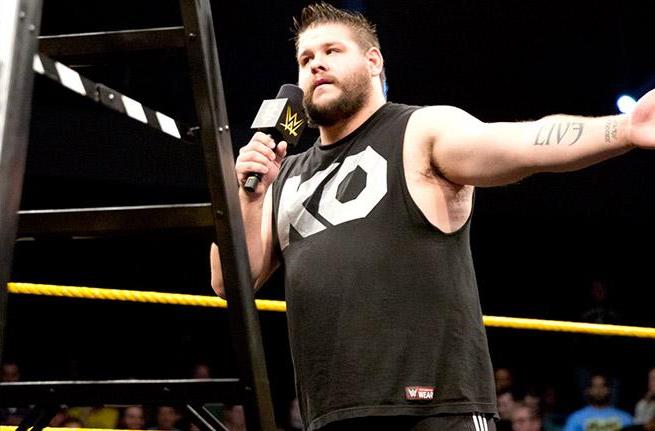 The brash and intense Owens has already captured the NXT and Intercontinental titles by taking on some of the biggest names in the WWE. He’s also become the superstar fans love to hate.

“There’s really no character,” Owens said. “The abrasive personality I have on television is who I am if you insult me. If you get on my bad side, I’m not gonna be nice.”

WWE Live will make a Canton stop at the Canton Memorial Civic Center on Jan. 17, and Owens will take part in one of the night’s feature matches. A 15-year veteran of the ring, when Owens performs he doesn’t have to look very far for inspiration or to get fired up for the task at hand.

“When I go to the ring, I put myself in the mindset where I’m there to do my job,” Owens said. “There’s a lot of people that don’t like me, too, and that in itself brings out what I need to get out of myself.”

A confident Owens talked about his WWE rise, balancing family life with wrestling and where he expects to be in the near future.

“Obviously, you have to be very good at what you do, but also there’s a lot of being in the right place at the right time. It took me 14 years to make contact with WWE. (WWE talent scout and former wrestler) William Regal happened to be at one of the shows I was at in California, and that’s kind of what got the ball rolling for me to get to WWE. Before that, I had no contact or any kind of direction on how to get to WWE. I feel like if you’re good at what you do, the rest is trying to get noticed.”

HIS DEBUT MATCH IN WWE

“I can’t say I was nervous. I’ve always been very confident in my abilities. It was a dream come true, and I’d been in wrestling 15 years at that point. It was something I was really looking forward to. When it came down to it, I wasn’t nervous but I was definitely very excited, and there are moments that night that I won’t forget.”