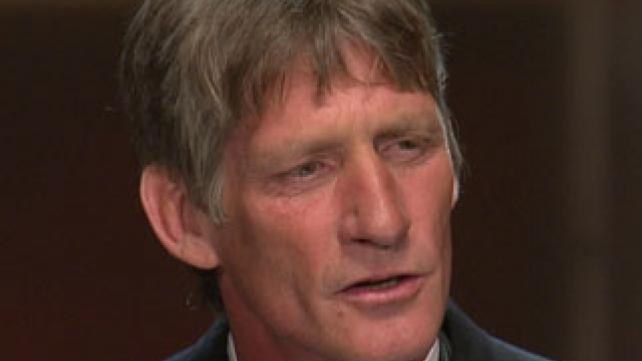 WWE Hall of Famer Kevin Von Erich recently joined Steve and the Scum on WGD Weekly for a fantastic hour long interview, where he discussed his life in and out of the wrestling business as a part of one of the most famous families the industry has ever seen.

The entire interview can be heard here:

Highlights from Kevin’s interview with WGD Weekly included him chatting with Steve and the Scum on a variety of topics including:

Growing up in a famous wrestling family and developing relationships with with other kids that had famous wrestling fathers: “…So, then the Hart family, we were brought up out in Calgary, when my dad got started in wrestling and we lived there in the house with the Harts for quite a while. I think I remember my mother babysitting Lanny and Angelo Poffo’s wife would babysit me, and Randy Savage was a brother there, so it was a lot of wrestling families, but still we didn’t have a lot of friends. Once we moved out of the north and once we got down into Texas, we moved out to the country. My dad was worried about us being kidnapped, you know, being a bad guy on TV, and after losing his son. My big brother was electrocuted in Niagara Falls and I think it just made my dad just really protective and worried about his remaining family…”

His memories of his brothers, David, Kerry, Mike, and Chris: “…I loved living in Texas, I really did…I loved hunting and to fish, and all my brothers did. We’d stay out and catch our own and eat our own and cook them on the fire, you know, just for fun…as far as my brothers, we were a really close family. As you can imagine with our dad being a “bad guy,” we would go to watch wrestling and that’s your dad out there. You’d hear the crowd cheering and you knew your dad was getting beat. We couldn’t stand to look. We would have tears in our eyes, but when we heard the booing, then we knew dad was winning and we would start watching. It was traumatic for a kid. It made us really, really, close…my little brother, Chris, he had asthma and they give you a medicine for that…it made his bones brittle and it stunted his growth, so it just wasn’t going to happen.

Physically, he just didn’t have those attributes. In the mind, he was tough. He had it upstairs, but his body just wasn’t there. My little brother Mike, was a really good natural athlete too, but he got up to about 220, which is a pretty good weight, but then that disease hit him, the toxic shock. 106 degrees fever, it just devastated him there and so it was out for Mike too. Dave and Kerry and I we all kept on and it worked out, it worked out great. Mike was a heck of a wrestler, and he had a great work ethic, too, but that dang fever, just really did a number on him…”

Steve Austin breaking in to the business in Dallas and whether could saw a star in the making: “…Steve Austin, I will tell you, he is Texas all the way. We immediately hit it off, right off the bat because we kind of see the world the same way. We traveled together and we had a lot of fun. Steve is a tough guy. He won’t let something unfair go by, he’ll correct it if he can. He is a soldier, a hard, good man. I admire him and I could tell he had it. Just the way he would get in the ring you could see and I could tell he had it. He had charisma and he knew how to project his personality on camera, which is not easy and he was gifted. He went up to New York and just took off and I was so glad for him too, because there is not a better guy in the world. He is as good as gold inside and I’m sure glad for him…”

Working back in the day with then-NWA Champion Ric Flair in the ring and their relationship outside of the ring including recently trying to reach out to him: “…Oh man, I really don’t know what to say. I don’t think Flair and I get along to tell the truth. His son was killed in a car wreck recently, and I tried to console him and I guess I don’t blame him, but he wouldn’t even take my call. He is suffering probably, and he kind of knocked me in his book, but I don’t care about that. You know, Ric was a hard working guy and his son had a heroin problem and dang it, I just wanted to make him feel better. But I understand, a lot of water has gone under the bridge. I don’t really understand what it was, but I just wanted to console him a bit, I felt really bad for him. What can you do? People hurt in their own way. I felt sorry for him, I know he loved that boy and I sure hate the way that worked out, but that’s too bad. Ric, though I will tell you is one of the hardest working men in the ring. He doesn’t take it easy on himself. He gives all he’s got and whether he likes me or not is irrelevant, he is just a good, hardworking man. He’s still out there doing it, I can’t believe it. But all the more power to you buddy…you know I can’t say anything bad about Ric at all. But god bless him, he is trying so hard and trying to keep it going out there…”

The merger between World Class and the Memphis territories: “…that is like the low point of my life to tell the truth. Kerry, with the foot cut off, and I’m trying to keep the business going and having to wrestle three times a day.  Had to have some help and so Jarrett is in there somehow and next thing you know the whole show had changed. It had gone almost like, Tennessee. Tennessee used to be the corny territory, where they’d have the six million dollar man and they bring a coffin to the ring and a robot jumps out. They got a manager with the control box and then the good guy gets the control box and turns him on the manager, hokey stuff like that.

Tennessee was a place we avoided. That was the stereotype I was trying to run from, but Jarrett and Lawler all come from that area out there. I really hated to see wrestling go in that direction when I really wanted to see it come in the direction we had started to bring it. That’s my take on that. Those were some bad days, I can’t even tell you all about it. It was a power struggle. The Von Erichs were down and we had lost every one of our men, but me. I was on a plane all the time…it was just the hardest days of my life. Boy, I’m glad it is over, but that was the death of World Class wrestling. That Global or the USWA or whatever they called it, yeah, I’m not proud of that…”

In addition to these topics, Von Erich spoke on a wide array of performers and moments from his career including, he and his brothers time growing up in Texas, the legendary Von Erich/Freebirds feud, competing barefoot in the ring, his relationship in and out of the ring with Bruiser Brody, a funny story of a prank pulled on him by his brother David and Dick Murdoch, his brother Kerry making the move to the WWF and whether he considered joining him, deciding to retire at a relatively young age from active competition, working with WWE on various projects focused on World Class Championship Wrestling, the Von Erich family’s induction to the WWE Hall of Fame, various performers who spent time in WCCW including, the Missing Link, Kamala, Gen. Skandor Akbar, King Kong Bundy, and Iceman King Parsons, the next generation of Von Erich’s that are in the early stages of their career’s currently, his life living in Hawaii after retirement, and so much more.

WGD Weekly with Steve and the Scum interviews a different legend from “Wrestling’s Glory Days” every week as a part of their show. You can find all of their previous shows and get updates and information on upcoming programming on their Facebook site at www.facebook.com/WGDWeekly, or on Twitter @WGDWeekly. All shows are also available on their YouTube channel and iTunes.