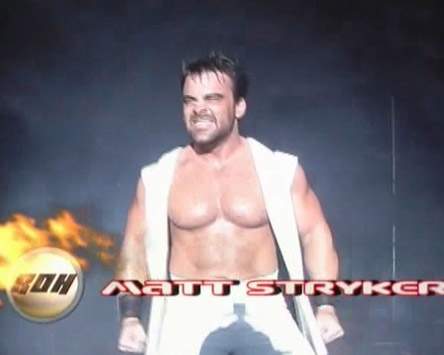 Â
Already Signed:
In a Shot Match!
Matt Stryker w/ Neveah takes on Trik Nasty
– This type of match is contested under reg. rules, however; every few minutes, these two must take a shot of liquor!! Whichever guy is able to keep his composure later on will be the victor in this one! For those who arenâ€™t aware, this will be the tie breaker between these two men as each has 1 victory over the other in MPW History.
Â
Tai Pei Deathmatch
Juggulator vs. Sam Hane
-Â Â Â Â Â Â Â Â  Both men will have fists of broken glass, which means this match is sue to be a BLOODBATH worth the price of admission alone!
Â
As released on the website last week, due to BJ Whitmer not being able to make our next few shows, MPW Management decided to strip him of his title, therefore on Oct. 2nd we will crown a NEW MPW Heavyweight Champion!!! We will also be revealing a brand new Heavyweight Title on Oct. 2nd as well for the new champion.
Â
Also Signed to appear: Drake Younger, The Black & Blue Crew (Tommy Chill / Cyrus Poe), OMG, Carlton Kaz, and more tba!
Â
Front Row – $12 Advance / $15 @ Door
General Admission – $10 Advance / $12 @ Door
Advance Tickets Avaliable Now at:
Custom Power Sports (790 Western Ave.)
Valero/Subway (520 S. Paint St.)
Cardo’s Restaurant & Bar (27 W. Second St.)
Â
For more information check out: WWW.MADWRESTLING.COM