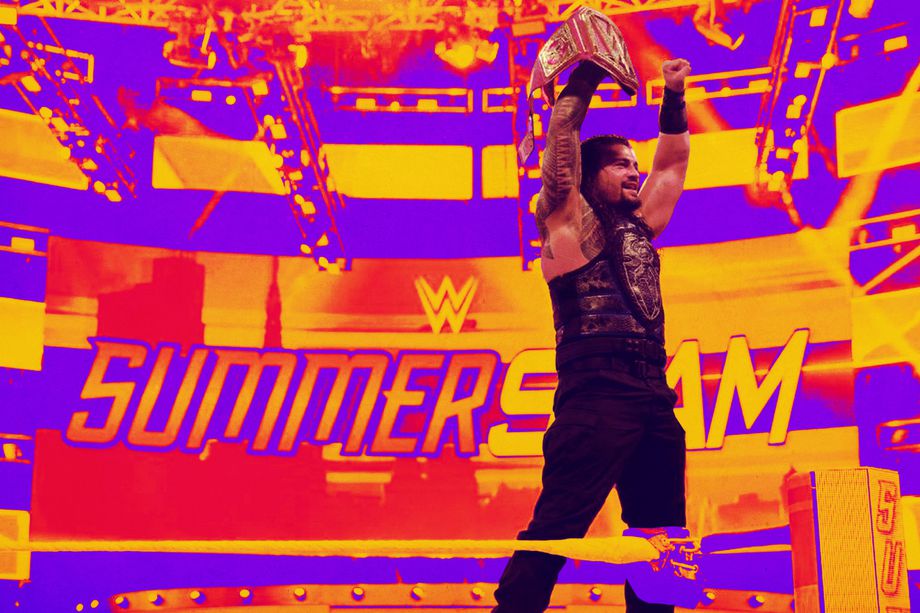 Roman, Rousey, and all the other winners from ‘SummerSlam’ 2018

By Kenny Herzog, TheRinger.com
What a SummerSlam. There were highs: four title changes and a handful of total bangers (thumbs-up for Seth Rollins–Dolph Ziggler, Miz–Daniel Bryan, AJ Styles–Samoa Joe, and the Charlotte Flair–Becky Lynch–Carmella affair). And there were lows, mostly involving the length of the show, wacky match sequencing (Bálor and Corbin was kickoff stuff) and lightning-quick finishes in some matches that underscored their unnecessity. Chop an hour or two off this show and streamline SummerSlam into a four-hour trip to the Roman Colosseum and we’d have had a perfect night. Fortunately for you all, we waded through all six hours of high-flying and face-palming action, and are here to break it down—one consequential outcome at a time.

We’ve been waiting for this for a long, long time. As far as possible verdicts that involved Reigns winning the belt (relatively) cleanly go, this was—wait for it—a pretty good match! Of course, the Universal Championship changing hands was secondary to the plates sent spinning as a result, until tonight’s Raw marches in with whatever shenanigans it brings. But make no mistake: Reigns will, at long last, wake up on a Monday morning the biggest dog in WWE’s yard (apologies to Matilda). He started strong, with a flourish of Superman punches and spears, and ended opportunistically, with one last spear to an unsuspecting Lesnar, who was too busy peacocking over a felled Braun Strowman. See, Strowman—the self-professed “Monster in the Bank” (a nickname that seems to fundamentally misapprehend Money in the Bank’s mechanics)—showed up before the opening bell, went on about being no blindsiding chicken and told them he was going to cash in his title shot on whoever the winner was after the match. Then he kinda just waited outside the ring like a chicken until one or both of his prey were prone. Serves him right that Brock beat him down. If only Lesnar hadn’t all but handed his title to Reigns in the process by fatally loitering at the scene of his destruction and literally turning his back to the hungry challenger 20 feet away. For all the theatrics on Raw in recent weeks, there was no real story to Lesnar’s loss, nothing communicated by him and Reigns beyond the mandate to wrestle and Brock’s increasing orneriness. Lesnar and Strowman sure would make an ideal exhibition at October’s Super Show-Down in Australia, though lord knows what Brock’s contract situation is now. If he’s gone, that would leave a vacuum for Strowman to pursue Reigns with or without the briefcase, but if that was the plan, couldn’t Kevin Owens have at least walked away with that much earlier in the evening? Ya know what? Just let Ronda Rousey have at the champ. She can kick all their asses anyway.