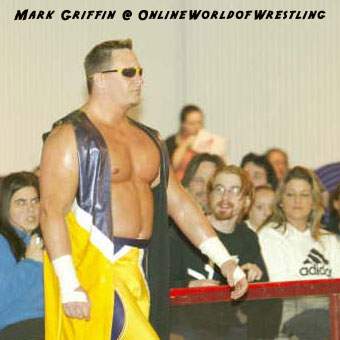 Dundalk, MD (just outside of Baltimore)

In addition to Brown & Blackshear, former Baltimore Ravens players -Â  Bennie Thompson & Wally Williams -Â  will also appear at MCW KICKOFF CHAOS. The former pro football players are very excited to be a part of this event. They look forward to meeting all of the fans during this yearâ€™s kickoff weekend events. This will be a golden opportunity for wrestling fans and football fans to meet and greet some of the greats in both worlds. Autograph & picture opportunities will be available with the football players and the MCW superstars.

TYLER HILTON (champion) vs. the Winner of the Online vote

And more to be announced.

From PA & NJ (North of Baltimore)

-Merge onto MD-295 North toward Baltimore

-Merge onto I-95 North toward New York/Baltimore

Tickets are available at the door or via TicketMonster.com.

Tickets can be purchased via phone by calling

**Charges for MCW Tickets will appear as “WNW, INC.” on your credit card statement**

Visit www.myspace.com/marylandwrestling for constant updates and communicate with fans of MCW.

If you are interested in joining the street team and being a part of the ring crew, please send your information via e-mail to [email protected] or [email protected]. Leave your name and phone number in the e-mail. You must be 18 years of age or older.