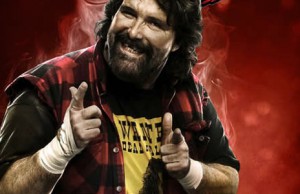 JOHN CENA: LET THERE BE CHANGEHow good was that ?#?BrayWyatt?/children’s choir creepy sing-along last night on ?#?RAW?? So good that I wish I’d thought of it back during my original ?#?WWE? feud with The Undertaker. I have become a HUGE Bray Wyatt fan, and consider any comparison between Bray and anything I did in my career as a big compliment.As many of you know, I have also been a vocal supporter of John Cena. I genuinely like John as a person, and have defended him many times as a wrestler. It’s easy to defend Cena against the looping haymakers thrown by most detractors: he can’t wrestle, he has only three moves, he’s been carried by great opponents. But there’s this one knock on Cena for which I have no defense. It’s not a looping haymaker, that can be seen, countered and sent right back at the claimant. No, it’s more like a stiff jab that sneaks through even the best pro-Cena defense. A stiff jab of honesty from which there is no countering, avoiding or evading. A stiff jab that continually states that the Cena character is stale. I agree, It’s time for a change.Bray Wyatt has a chance to be the initiator of that change. A chance to show the world a different Cena; a desperate, dangerous, angry Cena. He’s half-way there. Cena’s blaming of the WWE Universe for putting him in an impossible situation was a good start. His look of disbelief and defeat as Bray Wyatt gently rocked that mask-wearing child was powerful in its believability and subtlety. But, as good as it was, I could not fully enjoy the brilliant, chilling segment – one of the most memorable things I’ve seen on Raw in tears, because of …because of…because of those WRISTBANDS! Because of those wristbands…and the HAT! Because of those wristbands, and the hat…and the bright green FLOURESCENT SHIRT!

I LIKE John Cena – but everytime he raised his hand and put it to his head last night, I couldn’t help but feel “he’s trying to sell me something”. Every time he waved his cap, I thought, “he’s trying to sell me a hat.” Every time he walks through that curtain, I get the feeling he’s trying to sell me something. I could not, and can not completely enjoy this amazing groundwork that Bray Wyatt is in the process of laying down, unless I’m convinced that it is bringing out a different side…a change.. in John Cena. In order for John Cena to start completely SELLING ME on a change in his character, he’s got to be willing to stop SELLING ME his merchandise every time he raises his hand.

In the short run, it will cost both John Cena and the WWE some money in merchandise. In the long run, its going to give Cena a much needed twist to his character, and more importantly, allow Bray Wyatt to make WWE some serious money by putting butts in seats, and eyeballs in fron of the WWE Network for a long time to come.

That’s change I can believe in.