Missing Our Friends Who Passed 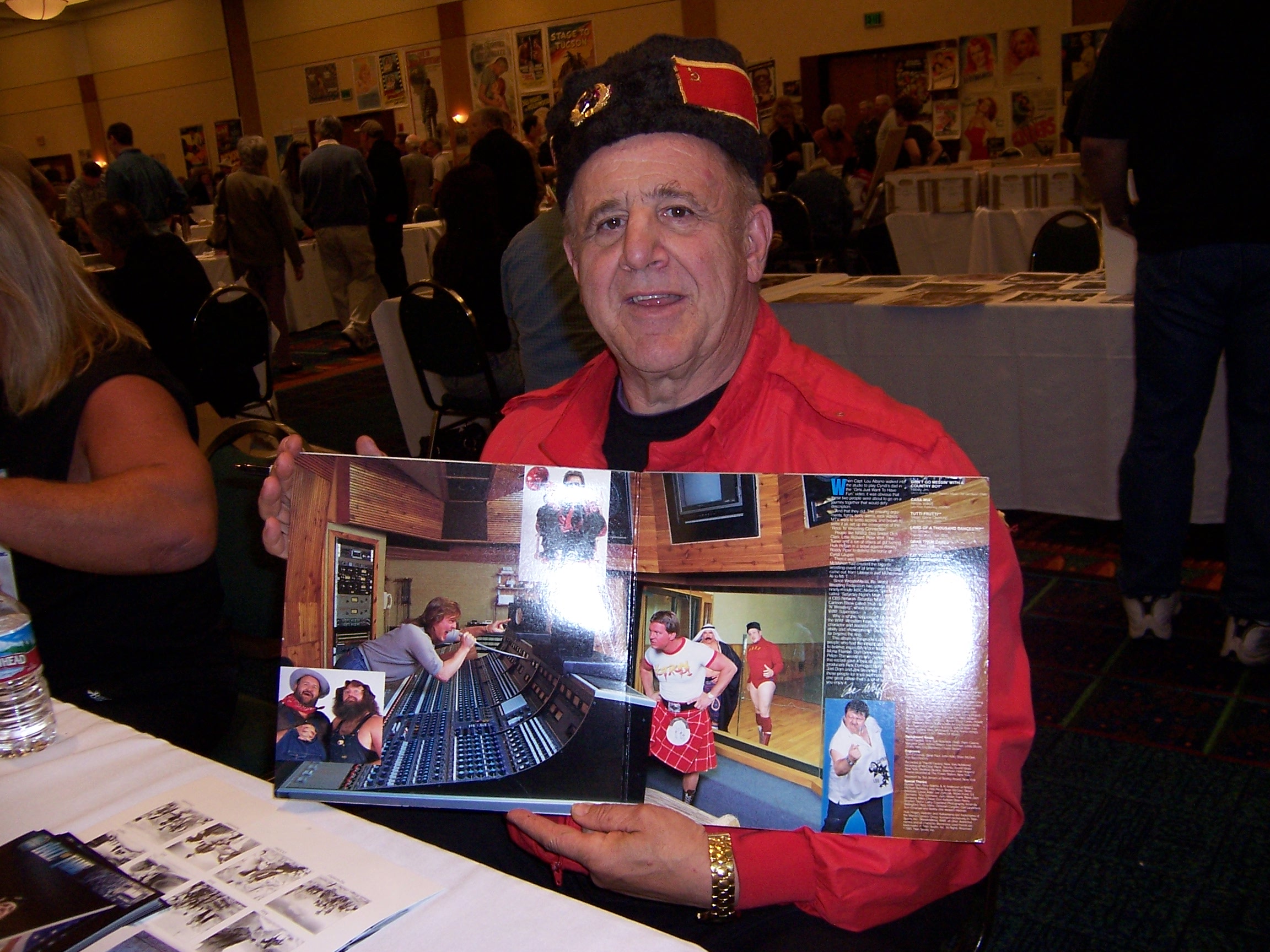 Missing Our Friends Who Passed Today
By Mike Lano

Reeling as we all are today from hearing about the loss of three wrestling family members. Two who’d been to CAC’s including wonderful Brickhouse Brown who was just with us at CAC/Vegas last month. We all know how much CAC was helping he and his wife out as he valiantly fought the cancer that had spread to his brain. None of us there will forget the massive hug he gave CAC President Brian Blair that night as he received on-stage, the hero’s award. Most who’ve been attending CAC since the 80’s like Royal Duncan and Karl Lauer(the three of us are probably it) would concur that the most emotional moment at a CAC we can recall was this very year when President Brian Blair both honored and hugged Brickhouse Brown on our stage. Most in the audience were tearful including both Brian and Brick. Just a powerful event, and full of love and support for our fellow brothers and sisters.

I was lucky enough to have covered all of their careers. Brick of course was working hard during genius booker Jerry Jarrett’s attempt to meld the former Fritz Von Erich and Global/GWF territories in Dallas at the incredible Sportatorium with his own USWA homebased in Memphis, TN in the mid 90’s. Brickhouse was a major part of that but had accomplished a great deal both working for the Jarrett family as well as in Florida, other SW territories plus his Japan tours. Most importantly, he was always, always a great human being and generous to others.

That typifies Nikolai Volkoff to a T. He might’ve been the biggest heel in Vince McMahon’s Sr’s WWWF at the time, debuting under that gimmick for the first time managed by Fred Blassie in January of 1974. I photographed Nik/Joe main eventing against Bruno for the first time at both Madison Square Garden and NY’s then brand new Nassau Coliseum(Bruno/NV was the first wrestling card there at the time) and although he was a hellacious heel, he couldn’t have been nicer to fans, everyone. I’m sure WWWF brass like Arnie Skoaland weren’t always happy about that but it was good to see how well he treated others just the same. In fact, he never changed. It’s such a shock to any of us who’d stayed friends with Joe since that time and even before when he soon became the third “Mongol” with shaved head and weird pony tail soon after Stu Hart broke him in. “What a great trainer to have had, I was so lucky to work for Stu” he’d always say. He was always greatful to Stu, the McMahon’s, his very first heel manager in Toronto for the Tunney grand promotion, Bruno who he admired greatly, and the magic that occurred whenever he was around WWWF’s triumpherant of managers in his own-Blassie along with Albano and the Wiz/Ernie Roth. Just seeing him usually able to calm down Kosrow (Iron Sheik)at events like the one they both came to for us/CÅC in Vegas was magical in and of itself because few could do that. Nic/Joe always took great care of his health, diet with a daily exercise regiment Bruno told me exceeded even his right up until we lost Bruno. Words cannot express the sadness many of us are feeling at losing Nikolai. Ted Debiase just said it best and they had their own WWF program together in the early 90’s.

Jerry Lawler’s talented in-ring son Brian Christopher is a shocker however. Just an absolute great ring awareness and gift of gab on the stick he had to have inherited from his talented father. Maybe it was too difficult, as with many sons of legends; to live up to his own expectations as Jerry’s kid. Just very sad to hear someone that young gone. Nikolai had recently gone into the hospital “just having some difficulty breathing but I think I’m better” as he told close friends, but those friends grew fearful when the hospital said “Joe, we want to keep you for a few days. Maybe it’s just a sinus infection.”

Today is one of those dark days of losses for our industry, our family. We mourn the passing of all three of these unique individuals. Know how much you guys are missed and irreplaceable.

Related ItemsFeatured
← Previous Story Is It Too Much, Too Soon for Ronda Rousey in the WWE?
Next Story → Equal Fights Movement