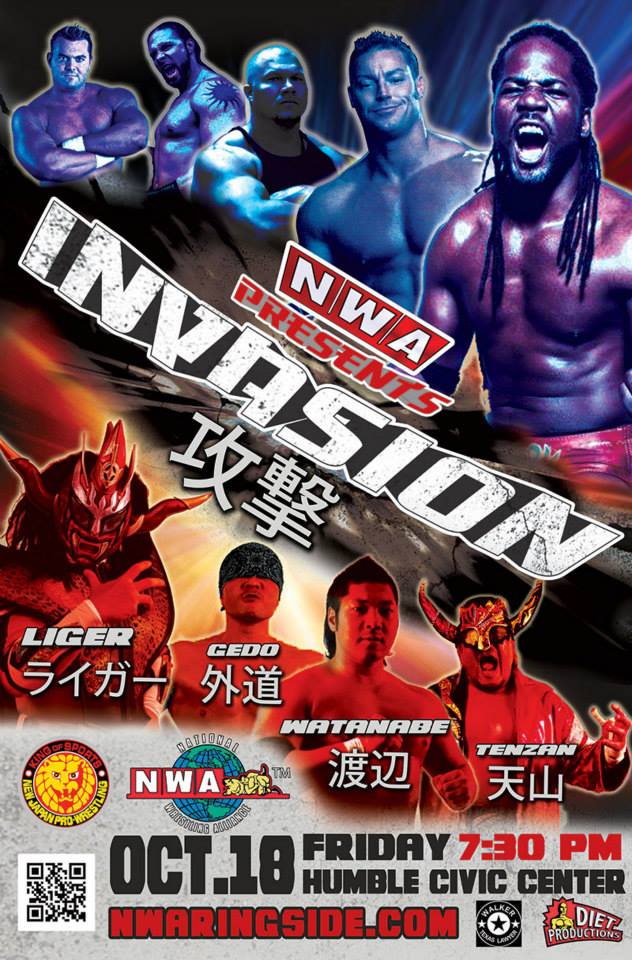 The DVD showcasing the historic and successful NWA Invasion Houston event featuring the stars of the National Wrestling Alliance and New Japan Pro Wrestling which took place on October 18 in Humble, TX is now available at NWA Houston events and online at http://nwahouston.com/shopsite_sc/page2.html.

The DVD sells for $20 at NWA Houston events and $25 online. Information on all upcoming NWA events can be found at www.nwaringside.com.