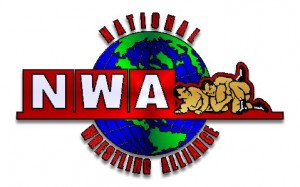 Classic NWA Wildside DVD’s are now available at www.sbibookings.com   .  Relive the excitement of one of the most talked about independent promotions in professional wrestling, NWA Wildside!

We will hear from Michael Judas, Brody Chase & Shaun Tempers

If you want to get trained as a professional wrestler you will find info on the NWA Anarchy Wrestling School at www.slimj.com   too.

Great crowd on hand today for RPW Winter Wars at Johnny G’s Fun Center in Warner Robins!! In two big title changes, AJ Steele became the new RPW Champion defeating Shaun Banks (subbing for partner Cru Jones) of Hot Like Lava. In the other change, The BLACKOUT MurderOne Delgado and Kory Chavis captured the RPW Tag team titles from Miss Allie‘s Angels, Chip Day and Corey Hollis. In another title match, Kyle Matthews retained the RPW TV Title over Mike Cruz in an epic scientific battle in which the fans gave both athletes a standing ovation. Plus, there was a special visit from Santa Doc who left the Blacklist’s AJ Steele laying courtesy of a Christmas gift to the head and a decorated steel chair to the back, followed by a crossface!! RPW returns with a New Years Spectacular on Sunday, January 6 at 3 pm with a special surprise you will NOT want to miss!!

Deep Southern Championship Wrestling was created in March of of 2010 and started running shows once a month in Ellijay, Ga. We started out in a place known as Gilmer Golf and games. Our first show drew a crowd of 35 or 40 people. DSCW didn’t get discouraged though we kept giving good quality matches at a fair price and got our crowds up to 150 or more. We had to move to gyms and civic centers to support our fan base, drawing close to 600 on some of our big shows.

Empire Pro Wrestling, Deep Southern Championship Wrestling and Elite Wrestling Alliance will be doing a joint event at the Empire Arena in Rossville, GA on December 9th. Matches to be added. Tickets are $5. Bell time is at 6:00.

Notes: The event is a benefit for Brandon Collins who was injured at during a match on October 27th. There will also be an auction.

In the closing moments of the match, Tony Givens went to the floor and grabbed a steel chair. As he attempted to return to the ring with the weapon in hand, Chase Owens ran from the locker room and grabbed the chair from Givens. A tug of war ensued between Givens and Owens… As this was going on, Johnny Knieval attempted to dive from the ring onto Givens. However, Owens won the tug of war over the chair with Givens, pulling him out of the way of the diving Johnny Knieval, who in turn, landed hard on concrete floor… With Knieval hurt on the outside of the ring, the Illuminati’s double teaming proved to be too much for Josh Crawford to handle. Despite his best efforts, He was pinned by Givens following a series of moves by the Illuminati.

The main event for NWA Smoky Mountain’s Christmas Chaos in Rogersville, TN was officially announced this past week on NWA Smoky Mountain TV. It will be Chase Owens defending his NWA World Junior Heavyweight Title against Johnny Knieval. These 2 men, the most popular wrestlers in the Mountain Empire, have never faced off 1-on-1.

The situation between Owens and Knieval heated up this past Friday in Mountain Carmel, TN.

For those of you who haven’t heard, The Illuminati (Tony Givens  & Chris Richards) recaptured the NWA Tennessee Tag Team Titles Friday in Mount Carmel, TN… They will now go on to face Air America (Gavin Darring & Skylar Kruze) on Christmas Night in Rogersville, TN in a match with the titles on the line.

On the 12/8 edition of NWA Smoky Mountain TV, Givens and Richards jumped Darring and Kruze on their way to the ring for their scheduled title match against then-champions, Josh Crawford & Johnny Knieval… The Illuminati then weaseled their way into taking Air America’s place in the match. However, Darring and Kruze were promised by NWA Smoky Mountain Commissioner, John Moorehouse that they would get the title shot at they deserve at a later date. That promise will be fulfilled on Christmas Night in Rogersville,TN.

We have learned that Winters has filed a formal complaint with the NWA Board of Directors to overturn the result his Piledriver Match at Thanksgiving Thunder with Jason Kincaid… In that match, Jason Kincaid used an incredible, flipping piledriver to win the match. However, Winters claims that the move shouldn’t have counted, as it was not a traditional piledriver… Winters is asking for another match with Kincaid to be signed… We will have more information on this situation this Saturday on NWA Smoky Mountain TV.

Related Items
← Previous Story WWE.com asks “Who did you vote as naughty or nice in WWE?”
Next Story → Shining Wizards podcast interview with Joel Gertner