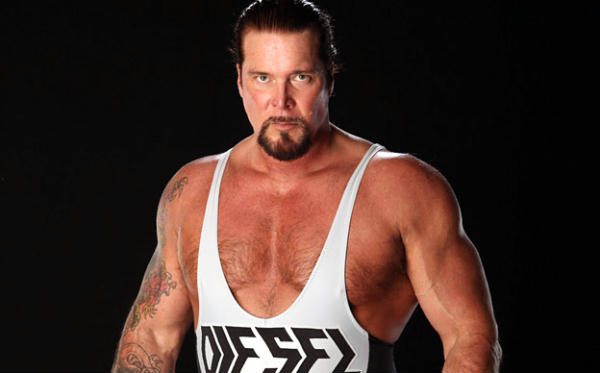 This question was on another forum I visit often and it intrigued me a lot, so I’ve decided to go ahead and summarize my thoughts on what I believe would happen. I delve extremely deep as a touch upon many other subjects, not just Kevin Nash. So enjoy, and I’d love to hear what you think on this.

This has endless possibilities, for one, there’s no nWo so you have to think about wrestling as a whole because of that, would it have been the pop culture phenomenon that it was in the late 1990s, probably not so the big boom never happens, HHH would’ve won KOTR 1996 since there was no curtain call so Hunter may have been the guy earlier than what happened without Diesel, but of course, HHH winning means Austin didn’t so Austin doesn’t get his breakout 3:16 moment but I still believe he would’ve persevered and became a name, heck he could’ve won KOTR 1997 since the WWE wouldn’t have the Game win back-to-back years, but could Mankind have gotten a KOTR victory, Vader was booted from the tournament so would he have been in the running? I’d mention Ahmed Johnson but apparently HBK hated him, according to Ahmed so take that as you will.

Looking at the 96 KOTR field, HHH faced Jake Roberts in the first round then, if we’re following history, Justin Bradshaw. Following that he would’ve faced Vader and gone over cleanly, unlike Roberts who won via DQ. Now here comes the tough part, does Marc Mero, who’d had a storyline with Trips before, go over Austin in order to get HHH another feud defining win? Odds are, it’s likely, so we’d have HHH going over Mero in the finals leading to a quicker push for HHH. Could this KOTR victory have given the WWE confidence enough to put HHH over in the Intercontinental Championship Tournament, I do not think so because if all of this went to plan, I can see Hunter going to the finals but losing to Mero giving him some needed momentum. So if HHH won the KOTR in 1996, we may have seen a lengthy feud with him and Marc Mero.

So what about Diesel? Well, he beats Taker, wins the title, and probably drops it down the road to Shawn which would lead to a feud, and with Shawn and Diesel, it would go till WrestleMania, maybe the title changes hands somewhere down the line to have Shawn as the challenger. Though this was the time period where Shawn “lost his smile” though that wouldn’t have happened with a feud with Diesel on the horizon.

Looking at the PPVs after Diesel left, the next big 4 event would be Summerslam, and I’m sure that the main event would be Shawn vs. Diesel, not Shawn vs. Vader. Though how would we have gotten there? Well with Diesel losing at In Your House 7, we know he was still around the title picture. I imagine a feud between Diesel and Sid for a little bit concluding at IYH 8, but Sid was on Team HBK when they battled Camp Cornette, so would Sid lose and lose that precious momentum leading into the next PPV, probably, they’d want to enforce the thought that Shawn is the leader of The People’s Posse and that Diesel is a top superstar. King of the Ring is next and I’d think Nash could play the role of ringside enforcer instead of Mr. Perfect in the title match between Michaels and Bulldog. This event would also start HHH’s push as he would beat Mero in the finals. So IYH 9 comes around and Sid takes the pinfall vs. Camp Cornette setting up his revenge at Summerslam vs. Bulldog while HHH beats Mero. As for Diesel, I figure a throwaway match to make Diesel look like a threat, against a guy like Jake Roberts, would work. Well now it’s Summerslam and we have Shawn vs. Diesel, Shawn retains, getting another big 4 PPV victory that makes him look good. That’s where I see things stop between Diesel and Shawn, Kevin isn’t stupid, I think he’d realize he should evolve and even in WWE he’d become a cockier version of his character which could make him the anti-hero. So if Kevin stayed would he and not Steve Austin become the colorful anti-hero of WWE?

Meanwhile in WCW, Razor would be a singles competitor but the question is what would he do in WCW as a singles star? Looking at title reigns, the Giant is the champion, so it’s not likely Hall turns face and goes after Giant. Hall joined WCW 8 days after Slamboree where Giant beat Sting with Lex Luger and DDP wins a title shot and Great American Bash, so Giant is tied up in the title picture as are Lex, Sting, and DDP. Konnan is the U.S champ and there’s no way Scott is feuding with him so could Hall have joined forces with Giant? It’s not entirely impossible, but there’s also a chance that knowing they’ll only get Razor, they have Giant drop the title to Sting and Scott and Sting have a set of matches which leads to a still face Hogan getting the title back against Scott.

Now the question is, how stale is Hulk Hogan at this time? We know that he was talked into joining the nWo, so odds are, he remains a babyface. But who becomes his foil, his main rival, cause we can’t have Scott Hall losing constant title matches and the Giant has to look good too, so someone has to turn, and I’d think it would be Lex Luger. Lex was a good heel in WWE and you could buy him beating Hogan for the belt, and that still would make Hogan look good which sets up Hogan regaining the title from Luger after 2-3 months of back and forth action. So without the nWo, who would be in the title picture? Well according to this, we’d have three main heels: Lex Luger, Scott Hall, and the Giant. Face-wise: Hulk Hogan, DDP, Sting, and Randy Savage. So you have those 7, but what if the idea of the nWo does come? Well Hall would come out, cut a promo, very similar except WCW viewers would be familiar to him now, but who are the other members? The Nash of the group would be Luger I feel, the size, the look, but how far would it carry on, according to this, we’re already in early-1997, which would mean the 3rd member could be revealed at Clash of the Champions. Would Hogan be the third member, that is a tough question, I imagine a tag team setting, Luger and Hall vs. Savage and DDP. In all likelihood it appears it would be Hogan, however Sting is another possibility. If this runs course, I don’t think it’d matter if Hogan of Sting was a third man, it wouldn’t have the same impact as the two newcomers and the life long face like Hall, Nash, and Hogan were.

So can we take out of this? Well in the WWE, Austin 3:16 likely never happens, though he somehow finds a way to the upper portion of the card. But he’s not the antihero we all know today, that would be Kevin Nash. Shawn probably never hurts his back as bad and may be able to wrestle through 2002, instead of having stints as commissioner. Triple H‘s push happens about a half year sooner and he joins Nash as top stars throughout the years we know as the Attitude Era. In WCW, Hogan becomes stale and unless they think of the nWo, we’re looking at a Hogan stranglehold on the title as business for WCW tanks faster than in reality. Business in wrestling never reaches the boom it did with the “cool” nWo and Steve Austin, as the media doesn’t have as much interest in young upstart HHH and veteran Nash vs. McMahon (and Michaels if his back does end up hurting him and he becomes commissioner) and same old Hogan with a new challenger or two. I think it’s safe to say Kevin Nash jumping ship did more good to the industry than harm.”