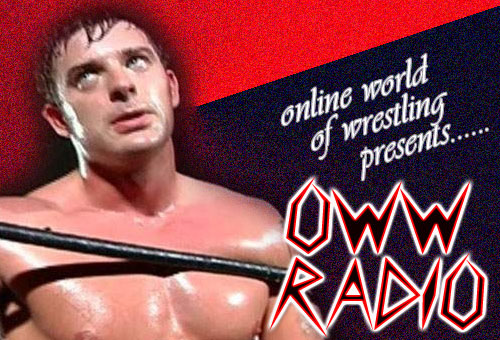 Online World of Wrestling presents OWW Radio’s debut episode with host Nick Anthony. The show began with some brief call-ins from some of our fans voicing their opinions on the Chris Jericho situation as well as the TNA Against All Odds PPV and some other topics.

The preliminary interview featured Canadian journalist Katie DeRosa of the Times Colonists regarding the Chris Jericho altercation in Victoria, British Columbia this past weekend. Check out www.timescolonists.com for Katie’s work.

The featured interview on the debut episode of OWW Radio was with Ring of Honor’s Davey Richards. Subjects covered in the interview include Davey’s wrestling training with “Mr. Wonderful” Paul Orndorff, his Muy Thai and Brazilian Jiu Jitsu training, IWA Mid South promoter Ian Rotten attacking a young wrestler, and whether the rumors of his retirement are true.

When asked about his time in the IWA Mid South promotion, Davey Richards said how he would never wrestle there again. He talked about how the rings were so dirty, and blood covered that somebody would end up getting HIV. He also says that he acquired a staff infection from the ring canvas.

On his retirement, Richards says that there will never be a day that he retires. He says “Ric Flair retired; I’m not prestigious enough to retire. I’ll just stop showing up.” Richards goes on to say that the rumors were true that he had planned to retire, the independent shows in England were going to be his last shows.

Nick Anthony asks Davey about winning The Super 8 Tournament in 2006. Richards says that the win put his name on the map. It was a huge blessing to his career. Richards thanks ECWA promoter Jim Kettner giving him the chance. He goes on to praise Kettner for being the most professional promoter he has worked for.

Davey Richards concluded this discussion by calling it the “most comfortable interview he’s ever had.”

The final segment had contributor Dave Kave joining Nick Anthony for “This Week in Wrestling History.” It includes a clip of Larry “The Ax” Hennig talking about the death of his son, Curt “Mr. Perfect” Hennig.

The entire staff at OWW Radio is thrilled with the production of its debut episode, which included some great transitions, spots for WWE and TNA, and entertaining promos by famous wrestlers endorsing Online World of Wrestling – all frosted with some brief music intervals.