OWW Radio | The Eve of Hell in a Cell recap 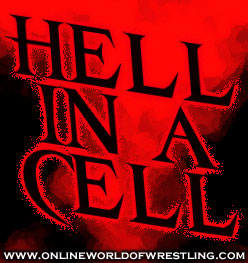 If you missed the Tuesday September 27th edition of the Online World of Wrestling Radio with host Alan Wojcik with weekly contributors Mase & Spug. Here are the highlights:

Our first 100% free to the listener’s interview was with Northeast Wrestling Heavyweight champion Matt Taven who talked about his training under Spike Dudley, working for ROH, OVW and others through the New England territory plus his match with “Innovator of Violence” Tommy Dreamer this weekend. Check out www.northeastwrestling.com for the events in Waterbury, CT & Poughkeepsie, NY. Follow Matt on Twitter @MattTaven

After a beak the guys recapped the reboot of Ring of Honor TV on the Sinclair Media Network plus some information on a ROH seminar/training camp. A recap of TNA Impact Wrestling was offered along with an evaluation of the Hogan-Bischoff regime as rumors fly their contracts are up and might not be renewed.

The show came back from break for interview #2 with WSU World Tag Team champion Lexus of the Boston Shore who talked about the team’s undefeated reign in WSU, who she feels is a threat to their titles, an assessment of the other members of the WSU locker room, her record breaking match with WSU World champion Mercedes Martinez, plus taking on Mickie James this weekend at Northeast Wrestling’s “Autumn Ambush.” You can see Lexus (or Alexxus on the NEW show) by checking out www.wsuwrestling.com for information on the November “Breaking Barriers 2” iPPV.

The program was closed out with news and notes from WWE as the promotion heads to Sunday’s “Hell in a Cell PPV” with some news from the Smackdown taping. Also discussed was a possible on-time return by “Stone Cold” Steve Austin to the WWE to take on CM Punk.

The guys sadly have to say goodbye to Mase who has taken a government contract position that will keep him off OWW Radio until the new year. We are glad to wish him the best in the new role.

Related Items
← Previous Story AS I SEE IT: The Muppets to host WWE RAW
Next Story → OWW Radio with David Fit Finlay recap