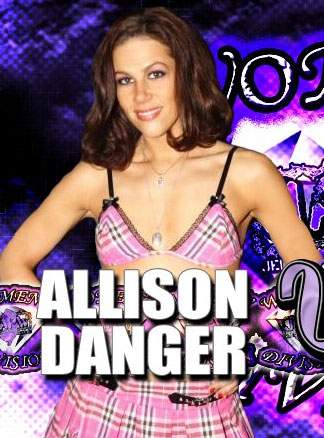 If you missed the Tuesday June 21st edition of the Online World of Wrestling Radio with host Alan Wojcik plus weekly contributor Spug, here are the highlights:

The program was opened with the news that the legendary saxophone player and member of the E Street Band Clarence Clemons passed away on Saturday & our break music would be of the band fronted by Bruce Springsteen.

Spug & Alan recapped the WWE Capitol Punishment PPV and brought back a discussion from Sunday night’s Wrestle Talk Radio regarding the recent fan reaction to WWE champion John Cena, plus is Cena overexposed in the public forum. This was followed with a discussion of another 3 hour Monday Night Raw that featured some great matches with backstage issues that would have made some of the matches different. Also brought up is the shocking revelation CM Punk’s contract expires July 17th, the same evening Punk will face John Cena at the Money in the Bank PPV.  To wrap the segment Alan and Spug addressed a new drug to be tested under the Wellness Policy and a rumor of a possible pre-show to air in front of Raw on USA Network.

The show moved onto a recap of TNA Impact Wrestling that saw the unveiling of a Bound for Glory series as well as the return of X Division superstars for the Destination X PPV, the suspension of Matt Hardy & the new championship around Jeff Jarrett’s waist. Alan & Spug shared with the listeners some notes from a recent interview with Paul Heyman on what his TNA Wrestling product would look like.

Our 100% free to the listener interview was with Shimmer superstar Allison Danger who will be making her debut with Women Superstars Uncensored this Saturday night. Allison talked about several topics including: her opponent Cindy Rogers, WSU Spirit champion Sassy Stephanie, working in Ring of Honor as a member of the Christopher Street Connection & the Prophecy, being part of Final Battle 2003’s main event that featured the Great Muta, best ribs she has seen pulled, her young daughter interviewing Amazing Kong backstage at Shimmer, her brother Steve Corino & nephew Colby, how Shimmer Women Athlete’s was founded & much more. Log onto www.wsuwrestling.com for the information on the June 25th iPPV event. Follow them on Twitter @wsuwrestling and @Allisondanger.

Don’t forget On June 28th… Wild Talk Radio Network gets LETHAL! Join OWW Radio as we welcome Jay Lethal in to our home and in to yours, as we talk everything from his days in Ring of Honor, his time in TNA and what’s next for him. Get the real Inside Scoop as Jay Lethal will be UNCENSORED on Tuesday Night, June 28th, on Online World of Wrestling Radio… http://wildtalkradio.com/rocknsock/JayLethalonOWWRadioCommercial.mp3

Online World of Wrestling Radio would also like to take a moment to welcome some new friends to our program. First being http://wrwrestlingnet.3forum.biz/ where you can chat live with other fans during WWE & TNA programs plus more. This affiliation comes courtesy of Danial Adibi and the other forum members. Our other new friend is Ultimate Sports Talk that will feature all Wild Talk Radio Network programming in a live streaming format. Check them out by logging onto www.ultimatesportstalk.com

Click it you know you wanna!! You can also get this and other past shows, by logging onto www.clickwrestle.com/podcasts/owwradio. ClickWrestle Video On Demand is also home to thousands of matches from around the globe. The show can also be found on iTunes http://itunes.apple.com/us/podcast/oww-radio/id334739148?ign-mpt=uo%3D4. Best part it’s FREE!!

Online World of Wrestling Radio is hosted by Alan Wojcik (http://alanwojcik.tripod.com  for credentials) with contributors from across the wrestling world and the most important people, listeners like you joining in the chat room and on the air!! No opinions are too outlandish (just try and stay on topic)  The show airs Tuesday nights 9pm until we run out of stuff to talk about on the Wild Talk Radio network.  The links to listen live can be found at www.owwradio.com and www.wildtalkradio.com .