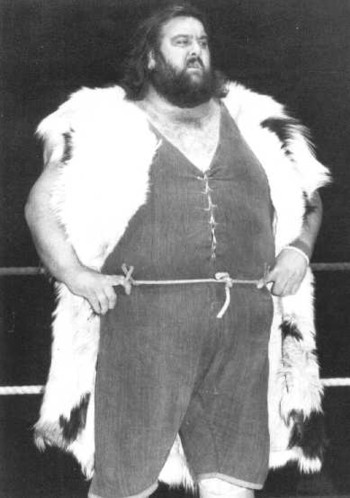 A Column About British Wrestling

Michelle Harrison wrote again: hello its michelle i recently met my dad and asked him about giant haystacks and he told me that he was acctually martin’s cousin!!! i have also found out that he acctually died on sunday november the 29th 1998 because of a two year battle with cancer. he started wrestling in 1967 but became known in the mid-seventies. his family originated from county mayo in ireland and wanted him to become some sort of musician, so he tried to learn the piano but because of his huge hands this soon became a challenge! also after a concert that took place in the royal albert hall where fank sinartra performed. he once said he had seen martin fight on tv that afternoon and saidhe thought british wrestlers were the best! well thats all the infomation i have for now so i will email again once i have found out more. oh and diolch yn fawr iawn i ti mean thanks very much to you! yours sincerely..