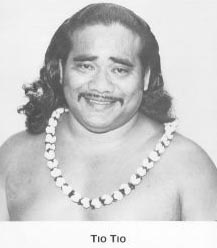 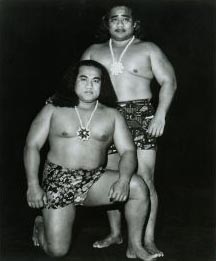 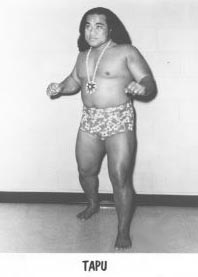 Lucas (via the Kayfabe Memories Forum) wrote: A tough team –I watched Tio & Reno, who called themselves the Samoans, in 1971-1972 in Tennessee. They came back in 1977, for Gulas, still as the Samoans–Tio & Tapu then.After working in Miss. as the Mongolians, they worked in Memphis, Chatanooga, & Knoxville, Tenn. as the Manchurians. They were managed there at different times by the Great Mephisto (Frankie Cain), Tojo Yamamoto, & Sputnik Monroe. They later went out to San Antonio, Tex. as the Maoris. Tio & Tapu (& Reno before him) were a tough tag team. They were also in Poffo’s ICW in 1981-1982 as Tio Tio & Chief Tapu.