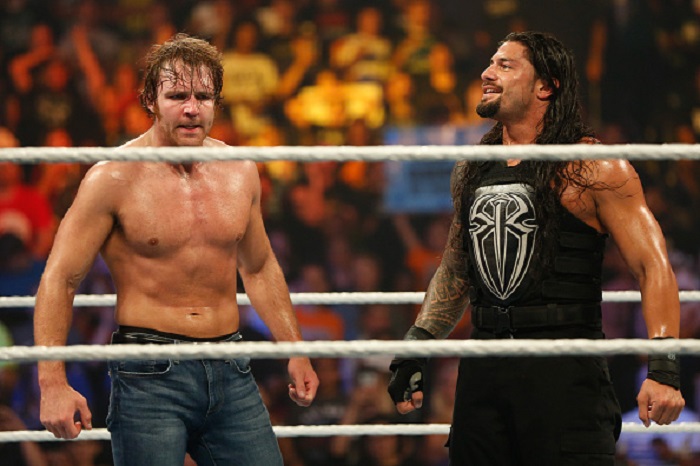 The major injury to Seth Rollins couldn’t have come at a worse time for WWE. But for an optimist, the huge loss could set WWE up for a ratings surge in the face of stronger short-term and long-term storytelling.

Raw ratings are trending upward. The show has averaged a 2.39 rating over the past two weeks, which is an encouraging increase from the record-low numbers that recently sunk to 2.21. Although losing the WWE champion spells disaster, the ensuing tournament will give fans a reason to tune into Raw, SmackDown and Survivor Series as these high-profile matches unfold.

Two weeks ago, Raw crowned a No. 1 contender in a tournament-style gauntlet where qualifiers faced off in a Fatal 4-Way. The show drew the best rating of the fall season and viewership from the second to third hour remained even (3.213 million in the second hour; 3.214 in the third hour) as fans stuck around to see who would be next in line to compete for a world title.

The WWE World Heavyweight Championship tournament kicks off in a pre-taped show from Manchester, England. Last time Raw was in England, on April 13, the show drew a rating of 2.72, which at the time was close to a year-low. With an entirely different landscape seven months later, WWE officials would be doing backflips if Monday’s Raw hit that number.

This high-stakes tournament opens the discussion for potential upsets, busts, Cinderellas and a potentially game-changing coronation as 11 out of the 16 entrants (69%) have never held a world championship. The draw comes with little explanation behind the matchups, and is more random than anything else. But based on current booking, win-loss records and TV time, if these competitors were ranked, here’s what it would look like:

1. Roman Reigns. Reigns is the runaway favorite in this tournament, which doesn’t sit well with hardcore fans. I’m sure a very vocal minority is prepared to (temporarily) cancel its WWE Network subscription at the idea of Reigns winning. Reigns’ road to the finals was loaded with potential matchups against Sheamus and Alberto Del Rio, who have never been favorites of the oft-jaded Internet Wrestling Community. Unfortunately for Reigns, Sheamus is one-and-done and the 2015 Royal Rumble winner now has a potentially hostile showdown against messageboard BFF Cesaro. A potential finals matchup against Kevin Owens or Dean Ambrose at Survivor Series is also not ideal for Reigns’ fan support. Could an upset be brewing as WWE continues to manufacture Reigns as a hard-luck underdog?