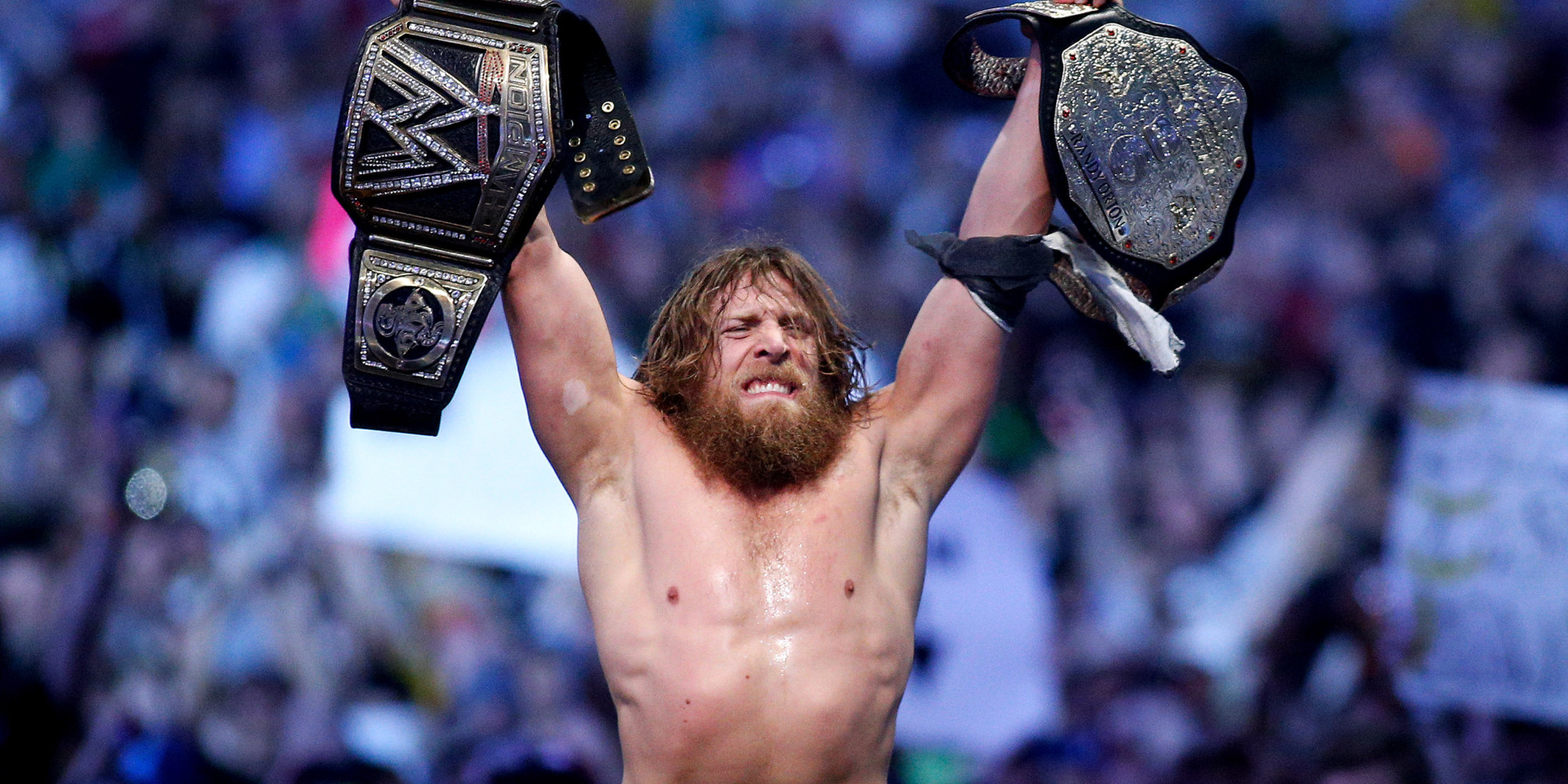 The Reality Era may have started with CM Punk — the wrestler who wasn’t seen as main-event material by WWE bigwigs, but made his way to the top via work shoots — but it was taken to its apex by Daniel Bryan. Bryan was twice the real-life underdog that Punk was and didn’t have the mic skills to bolster his unlikely campaign, but he was a once-in-a-lifetime in-ring talent. WWE took his implausibility and ran with it, stringing it — and us — along as Bryan eventually defied his onscreen and offscreen detractors and won the WWE title at WrestleMania last year. And then he got injured, was on the shelf for six months, and came back to an ear-splitting ovation from the crowd. In that first promo back, he teased that he was still hurt, then announced his official return. He entered the Royal Rumble and lost, and — just as they had the previous year — fans clamored for WWE to insert him into the WrestleMania main event. WWE demurred but came up with a meaningful consolation prize: At Mania, he won the Intercontinental Championship and seemed positioned to return it to its former glory as the championship title for wrestling purists.

And then he got hurt again. He was sent home during the post-WrestleMania European tour and has been largely absent from WWE television since — reduced to a footnote, and one written with some reluctance. Either they were protecting him so he would look strong when he returned or they were prophesying catastrophe.

It turned out to be door no. 2. On Monday night, Bryan announced that there was no timetable on his return, and so he was relinquishing the IC title because the WWE fans deserve a fighting champion. It was a marked change from last year, when they worked Bryan’s injury — and management stripping him of the title — into the story line. Monday may have been the zenith of the Reality Era; there’s a part of me that wonders whether it’s all downhill from here. This is a real guy with a real medical situation. They marched Bryan out and gave us the bad news, like, well, a doctor giving her patient a terminal prognosis. There was no room for story lines. We can worry about those later.