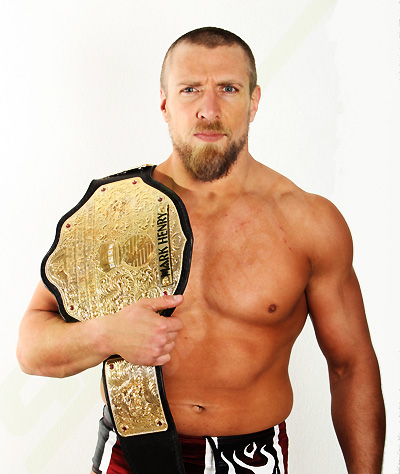 Eurosport Turkey interviewed Daniel Bryan over the weekend. Here are some (translated) highlights of what Bryan said about:

Being trained by Shawn Michaels and William Regal:

“Being trained by Shawn Michaels and William Regal was a great opportunity. Not everyone gets this opportunity. Imagine what someone like Kaval would be if he was trained by HBK& Regal”

Comparing WWE to the Indys:

“I miss the intimacy of the fans in independent scene. They have their pluses and minuses but I can say I miss the fans there.”

“NXT was disrespectful to wrestling in general. The entire show. When Undertaker debuted, he didn’t have to climb ladders or carry kegs. I trained to be a wrestler for a long time, so let me go out and wrestle. If you have me go out and do these stupid contests, you make me look stupid and it’s very difficult to make stars when you already made them look stupid on television”

His “The Future is Bright for Bryan Danielson” Promo on NXT:

“One of the things people don’t know about NXT is that we were never told what to say, and we never knew the questions people were asking us. When the interviewer asked me “You were a big fish in a small pond and now you seemingly drowned in the sea that is the WWE”, my response was “No, this character that you created for me, he’s failed, because you created him to fail. But me, as a person, I’m better than this. I can go out and do, I can do what I’m doing right now, which is capturing the imagination of the crowd.”

“I did what I felt was natural, but I am not used to wrestle in a confined environment. WWE has to be very carful about being PG. I wasn’t used to that at the time. I was an independent wrestler, Sometimes I would do things because it just felt right, and when it felt right, it wasn’t right for the company.”

Being a World Heavyweight Champion:

Wanting To Do More Serious Work In WWE:

“I was able to do lots of comedy stuff on Pro Wrestling Guerilla and shows like that, it’s been fun to do that to a wider audience. But now, I’m starting to feel like aching for the more serious stuff, being able to go out there and just wrestle.”

Related Itemsdaniel bryan
← Previous Story Grantland takes a look at the feud between the WWE and Glenn Beck
Next Story → Savio Vega comes to Funkdafied Wrestling this Saturday in Island Heights, NJ