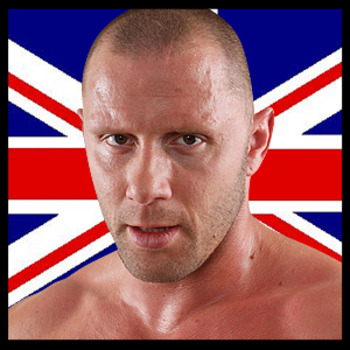 LordsofPain.net writer Daniel Pena reports that Nigel McGuinness recently spoke with The Shining Wizards podcast to promote his documentary, “Last of the McGuinness,”. Highlights from the interview are as follows.

On making the documentary: “It took a lot of work. Lot of hours in front of the computer, editing it. I really had to learn every step of the way, from the very beginning, what camera to get, what computer, what editing software, how to cut it together, where to get music, how to get rights to footage and photos, getting everyone to sign releases, and then to actually get the thing produced, where to get it made, how to design the case, and then obviously how to let people see it, the people who supported the project from day one, had to let them have their “sneak peek” before anyone else. Every step of the way it was a learning process. A bit of a headache, but it was worth it in the end.”

On the lengthy editing process: I don’t think I was really aware until I actually started editing together what was there. And I remember, having finished the documentary tour, having seventeen hours of footage and feeling like there’s not really that much there. I was kind of looking for a moment, sort of moments, where something happened and I would go “OK, that will be it.” And there wasn’t a whole lot of them. There was the time on the plane where Bison Smith had died, I was very upset, and I knew that was a pivotal moment for me. But the majority of the tour was a lot of me being introspective, thinking about my career, being negative and hard on myself. In and of itself it really didn’t play well, and I knew I had to find a way to put it in the right framework, telling a story. That was part of what took so long to get to this stage.

On blading: “It was more of a concern after it happened (finding out he had contracted Hepatitis B). I was always concerned, ever since I used to go and wrestle for Ian Rotten, for IWA-Mid South. A lot of times there were so many hardcore matches on his shows that the ring would just be filled with bodily fluids, like blood, sweat, and shards of glass, and all this horrible stuff, and I remember thinking then, like God, I’m scared to death of getting in that ring. You didn’t even want to do a forward roll ’cause you were scared of something cutting you. And then in other points of my career, I only got color, intentionally bled one time in my entire career. I didn’t really want to do it then. I don’t think my concern so much at that point was the issue of diseases and stuff like that. I think at that point I didn’t believe in it from an artistic standpoint. I thought it was a kind of cheap way of trying to get a reaction. I didn’t know what I was doing, everybody else did it, I didn’t think there was a need for it. So certainly after what happened to me, yeah, it became more of an issue from a health standpoint. It was always a concern, but obviously when it hits that close to home, it changes your viewpoint… It happens by accident sometimes, and I think that’s why I’m so gung ho about trying to get these changes made in wrestling because even if you stop the intentional blood loss, sometimes it happens by accident. So there are changes that I think anybody with any kind of conscience, intelligence, should really implement in today’s world, knowing what we do know about infectious diseases. I don’t believe people should intentionally blade anymore. I think it’s outdated, first of all, and I think the risks far outweigh the rewards. I hope, eventually, in time, wrestling fans will look at it the same way. Much the same as ten years ago, when you saw somebody hit somebody else in the head with an unprotected chair shot, the crowd popped. Now when you see it, the majority of wrestling fans are turned off by it. They don’t want to see it anymore because they understand the things that are inherent in that. But even aside from the intentional blood loss I think it’s important that we police ourselves on the independent wrestling scene. Get tested regularly, there’s a vaccine for Hepatitis B, that you can get cheaply from your local health department, something in Ring of Honor that we’re aware of and we are working on at the moment, to work basically a workable protocol given the fact that we don’t have the big money like TNA or WWE, but we do want to make sure that we protect the guys, and at the same time show some of the best wrestling in the world. So these were a lot of the things going around in my head ever since I tested positive… These are important things to me and things I feel would be amiss if I didn’t mention it. I could have very easily not talked about it and said, “well, dodged a bullet with that one, I’m perfectly OK now.” But I don’t think that would be fair, I don’t think that would be just for me to stand by knowing that people would, you know, could, conceivably contact something else; it could be far worse for somebody else, a lot of guys with Hepatitis C that don’t even know about it now, HIV as well. There’s another part in the movie where a wrestler that came up with me that had HIV. It’s a very scary situation if you think about it and I just think that these changes need to be made and I hope, somewhat, that the documentary contributes to that. I’m not going to get on a soapbox and tell people they have to do this, everybody has their own choice. If people think I’m being way over the top and it’s not that important, and that what happened to me was purely by chance and they shouldn’t make any changes whatsoever, well, that’s their choice. But by the same token, everybody I’ve talked to about it in the wrestling business at least seems to agree with me, and that being the case, they also have the choice to not be around somebody who’s bleeding. So I’d like to see these changes made, and I’d like to have the discussion out there.”

Why he never had a last match in ROH: “At the time I had just started back with Ring on Honor doing the commentary at that point, and so any last match in Ring of Honor would have been without any build whatsoever, and I think they kind of felt, and I think they argued rightly so as well, they just didn’t want to throw it out there without any build. If I was going to have one last match there they would like to have built it up so it meant something. And also I could understand that. But at the same time I wasn’t going to wait around three months to have that final match. And I also felt like the last match I had with Dragon (Bryan Danielson) in Ring of Honor I always felt was going to be my last match in Ring of Honor. Not that I was like I couldn’t possibly top that match, I think from an emotional standpoint it was one of our better matches, but we had better matches from, I dunno, a number of stars or reaction, or gauge, or whatever else. Bottom line is I felt as though one last match in Ring of Honor wouldn’t have added anything to my career there. I didn’t want to be one of those guys that said I was retiring and then didn’t retire. And I genuinely feel- and it’s something that was kind of sacred to me ever since I started wrestling. Les Thatcher, who trained me in Cincinnati, always instilled a good sense of pride in being a professional wrestler, even though a lot of the world kind of mocks us and we’re very stigmatized to a lot of people, who maybe just only ever see a little bit of WWE and think that’s all professional wrestling is. I think Les instilled that sense of pride and that sense of art and that sense of going out there and having pride in what you’re doing and pride in the way you look, and pride in the matches you’re having. And that being the case when I have my last match, I’m not going to have another match because it would take away from that. There are guys now who are better wrestlers than me, who are younger, who deserve that spot on the card. If I wrestle on any show it’s just gonna take a spot away from a young guy that deserves that spot more than I do. I’m very happy with my position in Ring of Honor right now, doing commentary and a little bit of matchmaking as well. So I’m okay with it. It just didn’t fit with the retirement tour.”

For more with Nigel McGuinness, including his trip to Yosemite, watching the footage of his emotional tirade during editing, discussion of some of the DVD extras, possibly knowing how he contracted hepatitis B, talk of WWE and creating new characters versus established marketable characters, who he likes on the current ROH roster, the place for variety in wrestling, his love for magic and using it as a “language,” and more, go to ShiningWizards.com and listen to Episode 69: Nigel McGuinness Returns for a Pint.