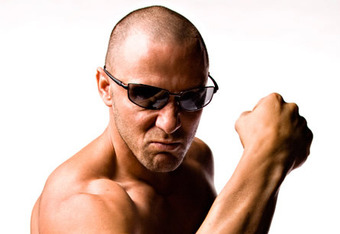 Was there any doubt, in his mind, that Jay Briscoe would beat Kevin Steen at Supercard of Honor VII:  “I think going in, I was a little, yeah. You’ve got to understand, Jay’s a guy who has had every accolade there is as a tag team wrestler but, and I’m sure he’ll be the first to admit, hasn’t really achieved that level of success as a singles wrestler. I remember the first time I won the belt, the World Championship; it was actually Jay who was the first guy I fought for the belt. At the time, Jay was not fodder, I mean he was the first guy in line a lot of times for champions when they first won the belt, so I think a lot of guys felt we didn’t give him much of a hope. So, you know, there was some doubt in my mind but I told Jim beforehand and we had a few “I’s” to dot and “T’s” to cross before we got the match set up and in our discussions it was all glorious. So yeah, there was a little bit of doubt and then when the match started, I got that feeling, you know, that this was going to be something special and it certainly turned out to be.”

His reaction to Charlie Haas and his surprise retirement announcement:  “Well, I wasn’t there for the show, so I didn’t see it; all I heard is what people have told me about it after the fact. I could come out here and say things about Charlie, things I’ve felt for a long time, but I’m a bigger man than that. I could get drunk and go out there and make an ass out of myself but I’m an adult and I don’t do that. You know what I mean? If there’s ever a day when I need to talk to Charlie, I’ll talk to Charlie face-to-face and that’s the way I do business; I don’t air my dirty laundry in public. I could say a lot of things about him, his place in that company, his place in the business in general but I won’t do it because I’m a positive guy and I want to speak about the positives of Ring of Honor as opposed to the negatives.”

On Kevin Steen being excommunicated from SCUM and if he can be reformed to ROH:  “I don’t know if I ever thought he was evil, in the truest sense. You’ve got to remember, that word was ascribed to him by other people within the company. I’ve known Kevin since the very first day he and El Generico came to the company. I always knew he had a dark side, an evil streak; perhaps we all knew he had that side to him. My concern was more for Corino; if there are any fingers to be pointed in that direction, it would be at Steve Corino. Kevin Steen is a passionate guy, he felt very passionately that Ring of Honor was better off without Jim Cornette, he spoke very openly about that and I think now that Jim is no longer with the company, he probably feel s that he no longer needs to voice that sort of aggression quite so strongly.”

His involvement in the Wrestling Cares Association and their event this weekend in Los Angeles:  “I am, very much. I’ve been involved with it for the last six months. I originally met David Jackson, who is the President; caught a flight out to Las Vegas last year and we talked briefly then and towards the end of last year, we basically decided I would come on board. Les Thatcher, my original trainer, was on board already; the goal originally was to open up a wrestling school, and it still is, to open up a wrestling school here in the Los Angeles area, but also run this year-long ‘Race for the Ring’ tournament. We sat down about two to three months ago to plan this thing out and we’re trying to something a little bit different. Now, I’ve been using a lot of the skills that I’ve learned editing the documentary together to make a lot of the highlight videos of all the guys that are going to be out there. We’re trying to take wrestling, we’re not going to go ‘old-school’ and say ‘wrestling needs to be like it was then’ because we know wrestling has to evolve. So, what we’re trying to do is take the best of the old-school stuff but evolve it to make it interesting, new and different. To do that, we’re adding new rules to every match in this year-long tournament with 32 top guys from the independents; some names you’ll know, some names you won’t know though I hope you will know after the tournament. Every match will be 10-minutes long and the most number of pinfalls, submissions and countouts in that 10 minutes, after 10 minutes it’s declared a draw and there is a 3-minutes sudden death time period. If after that 13 minutes it is still a draw, then both guys will be eliminated and an alternate will be put into their place in the next round. So, what it does basically is it promotes a far more exciting, a far more sports-oriented product and that’s what we are trying to go towards; we’re trying to get away from the walking and the talking and the clichéd ‘rasslin’ and get more towards the athleticism and the art form of it and we’ve picked 32 guys that we think can really exemplify that.”

Looking back, was his documentary ‘Last of McGuinness’ a success:  “Yes and no. I think when I started out on the tour and I just had the camera with me, I had no idea it would get to this stage. I never knew whether I’d have enough footage, whether I’d be able to edit it together; but as you’ll see when you watch that documentary, that was a real part of the story, was that sort-of journey that went on: understanding that I was going on my final tour and thinking that there might be something positive to come out of it. So, certainly, it turned out a whole lot better than I could have imagined starting out; once I started editing it together and I started to look at what I had, I obviously had real high hopes for it. I wanted it to get people talking, not just the idea of having a dream and trying to pursue your dream and all.

That sort of stuff, which it has gotten over with the people who have seen it; but also the dangers inherent in professional wrestling and certainly the issues with blood because of what had happened to me. So, on the one hand, the feedback has been tremendously overwhelmingly positive; that’s been really touching, some of the letters and e-mails I’ve gotten from people have just blown me away and has really given me some insight into the career I had, but still I’m not sure if the message of blood and getting tested and vaccinated for Hepatitis B has really gotten over to the extent that I’d hoped it would have. And with that bring the case, I’m trying to push that; one of the things that I’m trying to do now is to set up a non-profit charity to make sure guys can get tested and vaccinated if they want to and that that sort of information is readily available to them. So, I’m working on that and also I’m doing a screening tour in England, actually in the UK, for six different venues at the end of May, you can go to eroscomedy.com to check out the details of where those events are going to be and get tickets and stuff like that.”

His thoughts on new World Heavyweight Champion Dolph Ziggler and his wearing of the belt like Nigel used to (backwards): “You know they say ‘imitation is the sincerest form of flattery’ but you just never know. I’ve known Nick (Dolph) for a long time; I knew him when he was just starting out, I think he paid his way to OVW and he’s been a real success story. I think of all those guys who have come through the developmental system, he’s certainly one of the best. You can certainly liken him to a Curt Hennig, you know Mr. Perfect, someone like that; he’s the Curt Hennig of our generation. Obviously, he has the negative in the sense that he didn’t have the background that Curt Hennig did, and no one did. None of us had that ability to work the territories in the way Curt Hennig did, so we’re all struggling to keep up and Nick’s done a fantastic job of doing that. If he did take it from me (the way of wearing the belt); good for him. As I said, imitation is the most sincere form of flattery, but a lot of times you have to understand as well, with some notable exceptions; sometimes it just happens by chance, some people do things that other people have done along the way. So, I don’t know and like I said, I wish him all the best and I know he’s worked hard for that spot and I hope he continues to do well.”