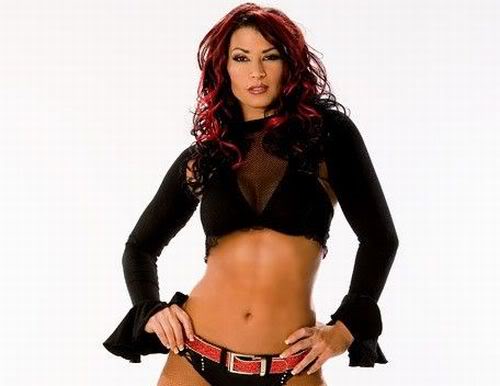 TNA Knockout Tara recently spoke to Kevin Kellam of Examiner.com. Here are some highlights of what she said about:

The feeling in TNA with IMPACT going on the road: “Our fans get spoiled and callused. They want to see us draw blood. In Orlando, thank god we are going on the road, our fans in Orlando got a little bit spoiled because they see us every week, but we were out there killing ourselves for entertainment. We are actresses and actors who do our stunts with drama. And when they don’t react to certain things, it’s like my God, what do you want me to do?!”

If it was becoming an issue in Orlando: “Not for like my bosses. It’s just that we feed off the fans, we feed off their reactions. It becomes stale (without those reactions). And now we get to see fresh faces and that’s why it’s nice to go overseas too. I am just excited about going on the road, you have no idea. We don’t want ‘hush hush’ fans. It’s nice to hear everything, I have a problem where I can hear everything in the first couple rows. And if I hear someone cheering for my opponent. I am going to go out there and freaking tell them like it is. I am very fan-interactive. That’s a big part of TNA.”

Trish Stratus being inducted in the WWE Hall of Fame and if she will attend: “Oh she so deserves it! I am going to be honest with you, I wish I could induct her. I was in WWE. I am proud to be a part of WWE history, and now I am with TNA, there is no rivalry between companies for me. I love both companies but I am super proud of her, she deserves it for ‘the Golden era’. She also reached out and called me and said thank you, you helped me be inducted because we had hellacious matches. That’s a true professional, she appreciates who got her there. I would love to be there, but I don’t know how both companies would feel. Honestly, I am super proud. I love her, we are best friends.”