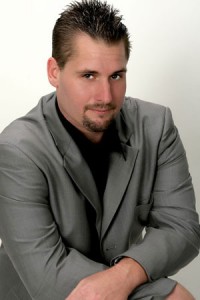 TNA/iMPACT Wrestling’s newest commentator/announcer, Todd Keneley, was one of the featured guests on this past week’s edition of the award-winning Monday Night Mayhem. You can now feel The Mayhem every week only on the WrestleView Radio Network.

Todd joined The Big Mosh, “The Chairman of the Board” Todd Vincent, & MNM’s National TNA/iMPACT Wrestling Correspondent “Wild” Bill Brown for his return to “Your Home of Wrestling Radio,” which is now available for FREE download, exclusively on the WrestleView Radio Network:

How he officially became part of TNA’s commentating/announcing team, who he gives credit to for making this a reality for him, and his experience to thus far with the company: “It’s been great. It has definitely been nothing short of a wild ride. It’s been great. This is something I expected to happen and saw coming from talks. I really think it was Eric Bischoff that opened the door for this.”

What he has learned, both on-air and behind the scenes, from working with Mike Tenay and Taz since coming into TNA: “I’ve learned a lot from them already, in terms of paying attention to what’s going out there, and when to lay out and let the actions speak for themselves, knowing when to let the iMPACT Zone crowd or the live audience speak for us. There can be times where the action and expression of the talent can do the talking for us, and I think that is a lesson that I’m quickly learning from them.”

The matches that he is looking forward to seeing this Sunday at Final Resolution, what intrigues him about the card on paper, and why “you cannot go wrong” with TNA’s final Pay-Per-View of 2012: “The Knockouts division has been reignited lately. I can’t wait to see what happens when the champ (Tara) puts the title on the line (against Mickie James). I’m very interested to see Joey Ryan & Matt Morgan team up for the Tag Team Titles (against Chavo Guerrero, Jr. & Hernandez). This time he has the big man on his side, will that be enough? Christopher Daniels and AJ Styles have such rich history, but this one is just so different. I think this one is so intriguing based on where both of these characters are right now. And of course, the World Heavyweight Title Match: Jeff Hardy vs. Bobby Roode. This is another one that can’t help but be good. Out of what is announced so far, from top to bottom, you cannot go wrong.”

Much more is contained in Todd Keneley’s exclusive interview with Monday Night Mayhem, including his candid thoughts on whether or not he sees eliminating Pay-Per-Views from TNA’s schedule as a good or bad idea, if this will allow the company to build more efficient stories and excitement overall, the pros and cons of having a three-man announce team vs. a two-man booth, plus so much more! Mayhem Nation: Follow Todd right now on Twitter (at www.Twitter.com/ToddKeneley), and be sure to send him birthday greetings this weekend. Call your local cable/satellite operator or log on to www.TNAOnDemand.com to place your order for TNA’s Final Resolution, airing live this Sunday on Pay-Per-View.