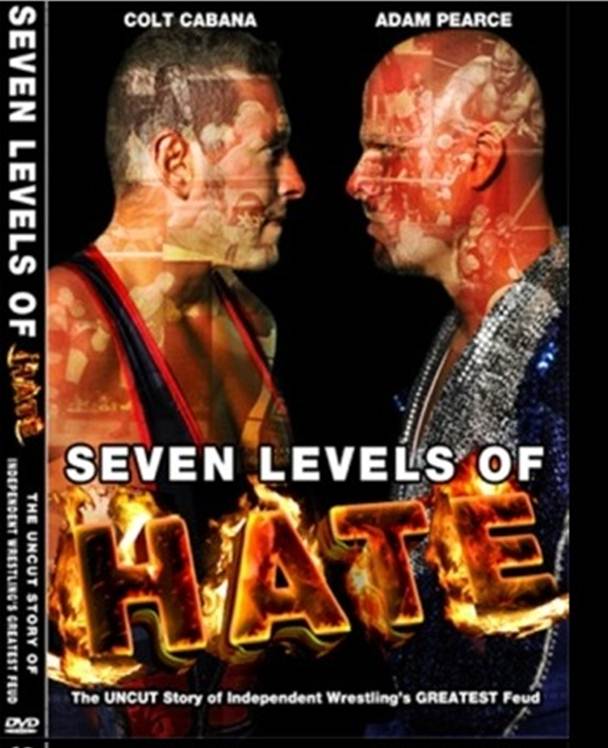 The “Seven Levels of Hate” documentary chronicling the Best-of-Seven series between Colt Cabana and Adam Pearce has entered the edit phase, now set for a Summer 2013 release.  In conjunction with the launch of his new Facebook fan page (https://www.facebook.com/Adam.Pearce.FanPage), Pearce has released a sneak peek into the film, entitled, “The Phone Call”.

The new clip can be viewed at:

Independent Wrestling icons for more than a decade, Colt “Boom Boom” Cabana and “Scrap Iron” Adam Pearce have shared a storied past.

From their early days in suburban Chicago to their controversial “throwing down” of the NWA championship in Australia, this documentary traces the steps of their journey as both men share the story from their own perspective and for the VERY FIRST TIME. Watch as Pearce and Cabana give an unprecedented personal account of everything that went into making #7LevelsOfHate a historic master-class of pro wrestling storytelling and one of the most controversial yet critically acclaimed wrestling rivalries of 2012 and beyond.