Sid announces his return to wrestling! 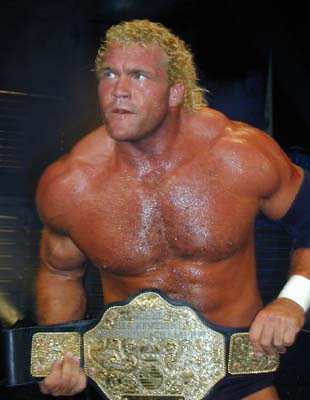 Charlotte, NC (March 27, 2008) – The National Wrestling AllianceÂ® is pleased to announce the addition of 4 time World Heavyweight Champion Sid Vicious to it’s regular roster. The announcement was made today during a conference call that was called by Vicious’ Management and NWATM Director Ed Chuman also participating in the call were International Reporters from pro wrestling related publications and websites.”I am happy to be associated with the NWATM. As you know I started with them some 20 years ago and I’m looking forward to our future. I have seen the NWATM Wrestling Showcase and I am impressed with the program and the guys. The last 7 years have been extremely rough on me. I love this industry and to have that taken away from me when I was on top, well you can imagine how a hit like that feels. I’m coming in with the NWATM to show the world that this will be the greatest comeback in pro wrestling – ever!” States Vicious.

Vicious starts his run on the NWATM Wrestling Showcase on April 18, 2008 in Lincoln, RI at the Twin Rivers Casino and the following night April 19th at the Oceanfront Arena in Wildwood, NJ.

Additional to this news, the NWATM and Colours TV (Dish Network Ch. 9407) has agreed to move the NWATM Wrestling Showcase one hour ahead starting at 8:00 pm Eastern on April 2nd.

Sid Vicious is set to premiere exclusively on the NWATM Wrestling Showcase starting in early to mid April 2008. For more information on the NWATM please visit nwawrestling.com.