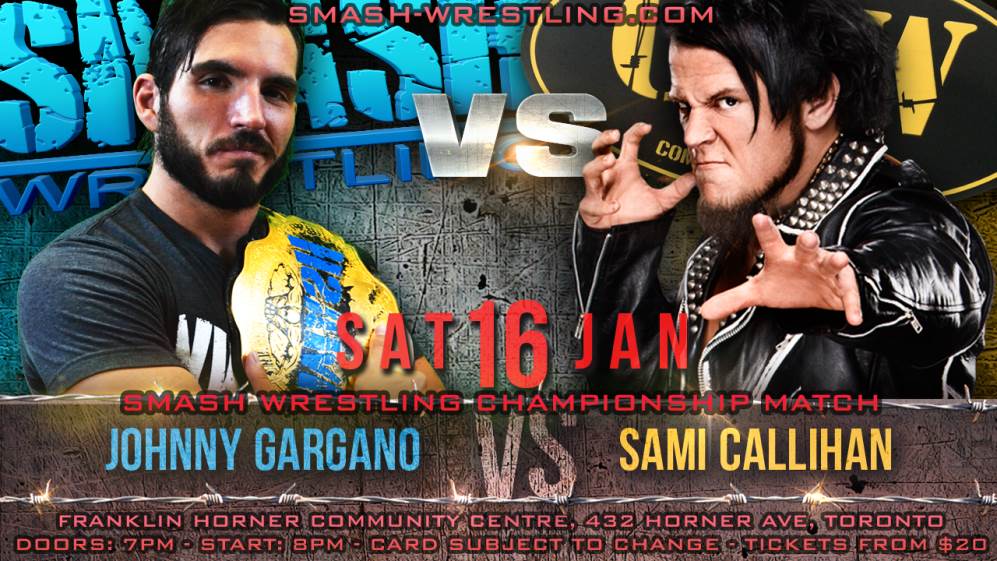 More to be announced THIS WEEK at facebook.com/SmashWrestling!

A number of the CZW roster compete for Smash, where things came to head, creating this “Smash vs. CZW” event. Already announced for Team Smash vs. Team CZW: