Home / Behind the Scenes / Smith Hart Passes Away at 68

Smith Hart Passes Away at 68 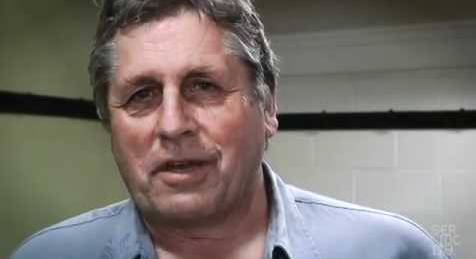 Smith Hart has passed away at the age of 68 following a long battle with prostate cancer. The following was posted to Smith’s Facebook page today:

On November 28, 1948, Stu and Helen Hart, welcomed what would be the first of an eventual brood of 12 children when Smith Stewart Hart was welcomed into the world in Long Island, New York. Smith was not only loved by Stu and Helen but was the treasured nephew of Helen’s 3 adoring sisters who dotted upon Smith as their own. Called away to purchase the Stampede Wrestling territory, Stu and Helen, left the infant Smith in the care of Helen’s parents. Smith’s grandfather, who was an Olympic Miler, and whom had set the world record for the mile in 1908, was particularly fond of his first grandchild as he had only fathered daughters and was finally getting the chance to raise the son he had also wished for. When Smith was 3, he returned to live in Calgary with his parents, who by this time had been joined by younger siblings Bruce and Keith. Smith found the transition challenging as he was adored in New York by his aunts and grandparents, but found discipline and rules under his parents roof. Soon after the family was joined by Dean and Wayne and would eventually be followed by Ellie, Bret, Georgia, Ross. Allison, Diana and finally Owen. Growing up was not an easy task as often times, gates were low and the family went without. But the family stuck together and overcame every adversity as a unit. Smith would go on to graduate from the University of Calgary with a degree in English Literature. In 1972, Smith and his then girlfriend Marla, would welcome the first grandchild to Stu and Helen, Tobi. That year, Smith was sent to work and study in Japan for International Wrestling Enterprise. A promotion he would hold multiple championships in. After a year in Japan, Smith would begin working regular tours of England, Scotland, Germany, Netherlands and other European countries, wrestling for top companies such as the original World of Sport. It was here that he originally discovered Davey Boy Smith. Although Bruce is credited with bringing Davey Boy Smith and Dynamite Kid to Canada originally, it was Smith who made the first discovery. In 1978, Smith and brother Bret would discover the island paradise of Puerto Rico. Stampede proteges Carlos Colon and Victor Jovica had opened up a territory and were bringing in a multitude of Stampede wrestling stars to launch the product. Smith and Bret promptly won the tag team championships. Smith would eventually meet his beautiful bride Maria in Puerto Rico and together welcomed daughter Satania to the world. Smith found solace in the island nation and made it his home for many years between tours. Smith would retire from the ring officially in 1986 and would take to training the next generation of wrestlers. Smith alongside brothers Bruce, Keith and Ross helped train such notable stars as Chris Benoit and Jushin Liger. The late 80’s to the early 90’s saw a boom in the popularity of the Hart family as Bret and Owen became international and global superstars that put a spotlight on the family as never before. After the passing of Smith’s wife Maria, Smith fell in love with the beautiful Lianne, with whom sons Michael and Matthew were born to. In the late 90’s Smith would move his family to Cambridge, Ontario to launch a wrestling school. Partnered with former WWWF star Waldo Von Erich, the school would produce some of the best talent of this generation including Eric Young, Highlanders Robbie & Rory McAllister, Tye Dillinger and many more. Smiths involvement with the school became limited as he was called back to Calgary embroiled in a custody battle over his youngest child Chad with whom he had with a lady named Zo. One of Smith’s biggest regrets in life would always be the fact he was not able to raise his son Chad directly and missed incredible amounts of time. Smith was an avid environmentalist, a humanitarian, a comical jokester, a creative force and ultimately the proverbial heart of the Hart family. Pre-deceased by his parents Stu and Helen, his siblings Owen and Dean, his wives Maria, Marla, Lianne and Zo, he is now survived by his beautiful children Tobi, Satania, Michael, Matthew and Chad as well as his grandchildren Allison, Jessica and Isabella. Today Smith lost his long arduous battle with cancer. This will be the last post from this account. God bless you Smith. We all love you.