Home / Indies / The stars of AWF get set to claim Retribution

The stars of AWF get set to claim Retribution

By OWW Contributor on September 9, 2014@owwcom 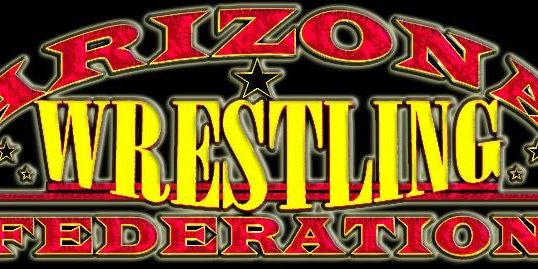 Arizona Wrestling Federation returns to the Peoria Community Center on Saturday, September 20th as the stars of the AWF get set to do battle and claim their Retribution!

Glendale, Arizona (09/07/2014) — One month after the hated Adrian Hawkins literally stole the show- and proceeded to walk out with the coveted Arizona Wrestling Federation Championship- the AWF returns to Peoria, AZ.  Adrian Hawkins will be defending his championship against The Prophet which promises to be an exciting encounter.

The event will also feature wrestlers from Arizona and around the country, including: Danny Gee; Alexander Hammerstone; Chris Evans; Awesome Andy; Kahmora and more. Information on the event and wrestlers who have appeared previously are available at ArizonaWrestlingFederation.com.

About Arizona Wrestling Federation:  The AWF brings an exciting mix of professional wrestling styles, such as: American style grapplers, super heavyweights, cruiserweight, and lucha libre wrestlers. They promise exciting shows that the whole family can enjoy and entertainment that appeals to all fans. Their initial events have quickly attracted a growing base of dedicated professional wrestling fans that are enthusiastic and extremely vocal.