It’s Still Real to Me Dammit 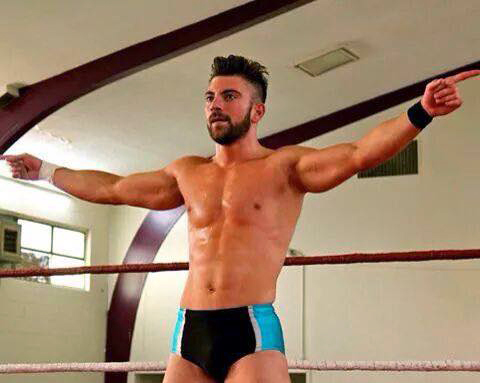 It’s Still Real to Me Dammit: Student on a Path to WWE
By Eric Uribe, http://nevadasagebrush.com

I won’t take this

Gonna fill these trenches and stand up.”

Those lyrics are a snippet from Pop Evil’s “Trenches” — the entrance music of professional wrestler and Reno native Ryan Chaump and in a way, his response to the everyday person that calls his profession “fake.”

That f-word isn’t in Chaump’s vocabulary. Those four letters are enough to get a rise out of him.

“I’ve gotten to a point where I respect your opinion and I understand you don’t like wrestling, but you don’t have to use that word,” Chaump said.

When most see pictures of Chaump in his wrestling gear — boots, knee pads, wrist tape and trunks — he is confused for a mixed martial arts fighter, before drawing eye rolls when he tells them he’s actually a pro wrestler of the likes seen on World Wrestling Entertainment.

To each their own, but Chaump goes as far as asking a random person at Starbucks if he’d rather watch Ultimate Fighting Championship or WWE. The guy answers UFC.

Chaump gets it, but he’ll stand up for wrestling anyway. After all, there’s nothing fake about the pain he absorbs from a paper-thin, vinyl wrestling mat.

The 21-year-old recalled driving back to Reno after wrestling in California. Chaump’s tailbone stung so much from his wrestling match that he winced in pain after every twist of the steering wheel.

There’s a laundry list of misconceptions about wrestling: wrestlers cycle a copious amounts of anabolic steroids, they’re actors, they don’t actually hit each other and they learn how to fall. It’s the last two that irk Chaump the most, but are also the easiest to debunk.

Indeed, wrestlers are taught how to land on the wrestling mat, which they call a “bump” — out of safety, of course.

“I remember when I took my first bump, everyone said ‘tuck your chin and remember to breathe — it doesn’t hurt at all,’” Chaump said. “I did it and I didn’t tuck my chin and I didn’t breathe and it hurt. It knocked the wind out of me. It’s like, ‘how do I get used to this?’”

By now, bumps have become second nature for Chaump. It’s not strange for Chaump to take such a massive bump that he sees stars after getting his bell rung. That’s just from a normal bump, Chaump has yet to take the patented wrestling chair shot yet.

“The chairs are not thin,” Chaump said. “The chairs on not fake. We rent the chairs and literally just fold them and hit each other.”

The day after a match, Chaump often lays in bed more often than not. His elbows, knees and neck are especially sore.

However, that pain is an afterthought during the match. The adrenaline of wrestling in front of a live crowd is more than enough to mask it.

Chaump has been wrestling since graduating from Robert McQueen High School in 2011. He’s trekked up and down California, from Yuba City to Hollywood, doing shows for independent wrestling organizations. The crowds have ranged from a dozen people in a bingo hall to 500 inside a casino ballroom.

In the wrestling world, Chaump goes by Flyin Ryan McQueen. His character has evolved from baseball player to his current clean-cut “good” guy persona.