Home / WWE / Sting makes an appearance on the Raw post-show

Sting makes an appearance on the Raw post-show 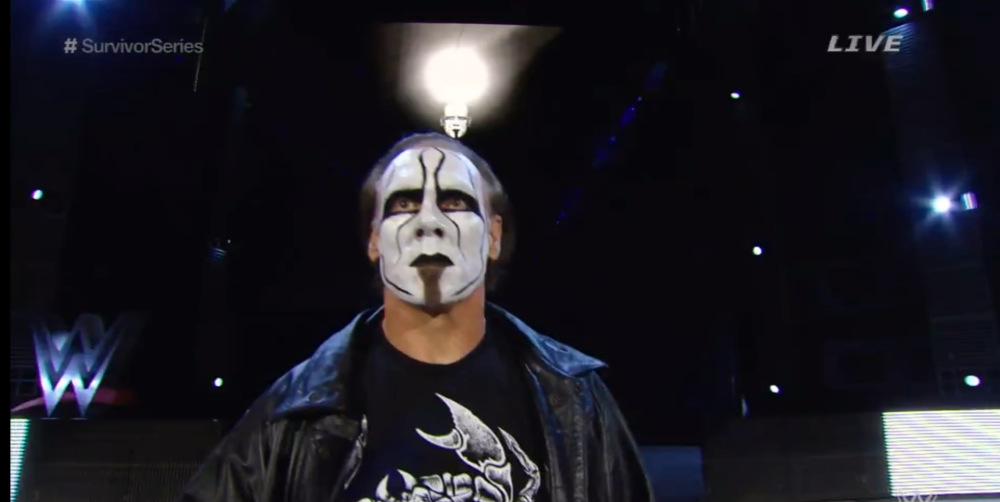 Tonight’s WWE RAW post-show opens up with the Superstars clearing the ring from the main event. Renee Young is in the ring and she introduces Sting, who comes out to a pop. Sting asks him how it felt to finally have a WrestleMania Moment last night at WrestleMania 31. A big “thank you Sting” chant starts.

Sting takes the mic to hold on his own. He says in some ways it felt very natural and thanks to the fans, he felt right at home. Sting says there he was face to face with Triple H at the biggest show of them all. Sting says he came up short but he’s finally glad he can say he was there. Renee asks what does the future hold for him. Sting says he doesn’t know what the future holds… fans start chanting for The Undertaker. Sting says he doesn’t know what the future holds, he really doesn’t, but he says he’s going to grab whatever opportunities WWE throws his way. He says if WWE doesn’t throw anything his way, that’s a crying shame. The music hits and out comes Bo Dallas.

Bo says Sting must be honored to be in a WWE ring. Bo says Sting was his idol growing up and tells a story about Sting painting his face when he was a kid. Bo says he didn’t wash his face for days. Bo says Sting waited his whole life to make it to WrestleMania and he did just that but lost his entire legacy in front of a record breaking crowd. Fans give Bo the “what?” treatment. Bo says he knows there are no promises but if Sting wants to succeed in WWE, all he has to do is Bo-lieve. Sting grabs Bo from behind and nails the Scorpion Deathdrop as Bo pleads with him. Sting lets out a “whooo!” and gets another pop from the crowd as his music hits.