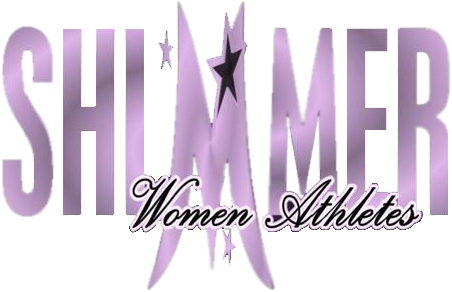 We’re just 25 days away from the next SHIMMER weekend in the Chicago area!

SHIMMER – WOMEN ATHLETES is proud to announce the addition of SARAYA KNIGHT to the SHIMMER 58-61 weekend of events, October 19th & 20th at the Berwyn Eagles Club in Berwyn, IL! Visit www.shimmerwrestling.com for tickets.

British wrestling veteran Sweet Saraya Knight caught the wrestling world’s attention during early 2011 when she and her daughter Britani headed to the United States to join the SHIMMER roster. After initially competing together as a tag team, Saraya and Britani soon became embroiled in a wild mother versus daughter rivalry, tearing apart the Eagles Club in the process. After Britani’s departure from SHIMMER, Saraya switched her focus to longtime rival Cheerleader Melissa. In the main event of SHIMMER 48, Saraya shockingly defeated Melissa to become the 5th SHIMMER Champion. She went on to defend the championship in the United States, Canada, and the United Kingdom during her reign, before losing the title back to Melissa in the steel cage main event of SHIMMER 53. On our last set of events in Berwyn, Saraya began an intense war with Christina Von Eerie, who is just one of several wrestlers on Saraya’s personal hit list.

SHIMMER Original Cheerleader Melissa has the distinction of being the only wrestler to compete on all fifty-seven SHIMMER shows thus far. She began her second reign as SHIMMER Champion on April 6th of this year, dethroning Saraya Knight inside a steel cage in the main event of SHIMMER 53, to become the only woman to hold the SHIMMER Championship on two occasions.

The “Global Green Gangsters” tag team of Kellie Skater & Tomoka Nakagawa, which has enjoyed success in both Japan as well as the United States, captured the SHIMMER Tag Team Championships from “The Canadian Ninjas” Portia Perez & Nicole Matthews on April 14th of this year. The championship victory for “3G” was Skater’s first in SHIMMER competition, and Nakagawa’s second (the first being her SHIMMER Tag Team Championship reign with partner Daizee Haze).

Former SHIMMER Champion Madison Eagles made history during 2011 as the first wrestler to defend the title outside of the United States. After an impressive title reign which included successful defenses against Melissa, Ayumi Kurihara, MsChif, Ayako Hamada, Serena Deeb, Hiroyo Matsumoto and others, Eagles was forced onto the sidelines for the duration of 2012 with a severe knee injury. Madison returned to SHIMMER during April of this year and plowed through the competition, appearing to have not lost a step.

One of the most skilled fighters on the planet, Kana has participated in of some of the most memorable bouts in SHIMMER’s eight year history. Her SHIMMER 50 battle against Ayako Hamada earned 2012 Match of the Year honors from the SHIMMER fans. In addition to being one half of a formidable tag team duo with partner LuFisto, Kana’s singles contests against the likes of Sara Del Rey, Cheerleader Melissa, Mercedes Martinez, Madison Eagles, and others have solidified her position as a major player within the SHIMMER ranks. Kana has appeared on every SHIMMER event since her arrival at SHIMMER 41, and will continue that trend during SHIMMER 58-61 weekend.

Scotland’s Nikki Storm has quickly become one of the top women on the European wrestling scene. Nikki currently competes on all-female events promoted by companies such as Pro Wrestling EVE, Bellatrix, and ICW Fierce Females. She also had the opportunity to add Japan’s JWP promotion to her growing resume earlier this year. North America is next on the agenda for Nikki Storm, and we’re pleased to have her as part of the SHIMMER roster for October’s events in Berwyn. Visit www.nikkistorm.com to learn more about her.

Ever since her arrival in 2009, Ayako Hamada has been an essential member of the SHIMMER roster. One of the most accomplished female athletes in professional wrestling history, Ayako has been in some of the most exciting SHIMMER matches over the years. From her wild brawl throughout the Eagles Club against Sara Del Rey, to her hard hitting technical wrestling clinics against opponents such as Mercedes Martinez, Daizee Haze, Cheerleader Melissa, Madison Eagles and Kana, Hamada has earned the recognition of being SHIMMER’s “MVP.” Along with her SHIMMER Tag Team Championship partner Ayumi Kurihara, Ayako has also made vital contributions to the SHIMMER tag team division. Next month, Ayako brings her unmatched skill to the ring in Berwyn once again for SHIMMER 58-61!

One of the most intimidating women in professional wrestling today, Jessicka Havok caught everyone’s attention by coming out of the crowd and attacking Serena Deeb at SHIMMER 53 earlier this year. The two battled later that day, as well as on subsequent events at the Berwyn Eagles Club, giving the SHIMMER fans a sample of the brutality which she can unleash on her opponents. In addition to the SHIMMER 58-61 events, Havok will also be a part of the AAW show at the Berwyn Eagles Club that Friday night, Oct. 18th.

One of the brightest young stars on the women’s wrestling scene in Japan is 25 year-old Hikaru Shida. Ever since her pro debut in 2008, Shida has been an integral part of the Ice Ribbon promotion, where she is currently one half of the tag team champions with partner Tsukasa Fujimoto. Additionally, Shida frequently competes on events promoted by OZ Academy and Pro Wrestling WAVE. Through the assistance of the Joshi 4 Hope office, next month Hikaru Shida will compete in the United States for the very first time, as she joins the internationally flavored SHIMMER roster!

One of the most charismatic wrestlers in the world today is “Lady Destroyer” Hiroyo Matsumoto. Her SHIMMER debut in April of 2010 against Sara Del Rey immediately demonstrated to the Eagles Club crowd that Hiroyo is one of the toughest women on the planet. Hiroyo’s positive energy and explosive in-ring style has made her one of the most beloved wrestlers on the SHIMMER roster. Along with her “Seven Star Sisters” tag team partner Misaki Ohata, Matsumoto made history by capturing the SHIMMER Tag Team Championship at SHIMMER 37, ending the first title reign of The Canadian Ninjas. She has also main evented in SHIMMER as a singles competitor on two different occasions. After being absent from our previous 2013 events due to a demanding schedule in Japan, Hiroyo Matsumoto returns to Berwyn for SHIMMER 58-61 in less than four weeks! Live happy by being there in person to see Hiroyo destroy her opponents!

Look for more women to be added to the talent list for SHIMMER 58-61 during the remaining weeks leading up to the events. Over 30 of the top women athletes from around the world will be a part of the festivities!

Over half of the tickets for the events have already been sold. Don’t miss out! Front row reserved seating is already completely sold out for the entire weekend. General admission tickets are still available, at a cost of $30 per full day of taping (two DVD volumes worth of live matches each day, so essentially $15 per DVD). You may use the PayPal buttons at http://shimmerwrestling.blogspot.com/p/tickets.html to purchase tickets online. If you need to purchase tickets via money order, send an E-mail to [email protected] for mail order instructions. Due to limited seating in the small venue, we strongly suggest that you purchase tickets in advance if you plan to attend.

We are now accepting pre-orders for the SHIMMER 53 & 54 DVD releases. SHIMMER 53 is scheduled to begin shipping later this week. SHIMMER 54 will follow during early October. Visit http://www.shimmerwrestling.com/ to place your pre-order for these DVD titles, to have them shipped as soon as they’re in stock!

Related Itemsshimmer
← Previous Story PRESS RELEASE: New details on the next half of WWE’s “Total Divas”
Next Story → M.V.D. – Most Valuable Diva of the Week: Brie Bella