Home / Miscellaneous / The Boogeyman discusses his career in a recent interview!

The Boogeyman discusses his career in a recent interview! 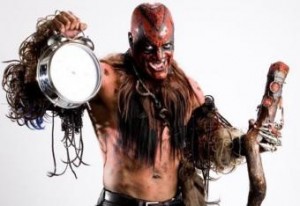 Marty Wright, who portrayed The Boogeyman character in WWE from 2005 to 2009, joined Justin LaBar on Wrestling Reality on TribLIVE Radio in Pittsburgh, PA to talk about his career in the sqauared circle.  He said everyone in the sports entertainment organization was enjoyable to work with during his time there with the exception of one individual.

“Donald Trump, however, he wasn’t the best.  Actually, let me rephrase that. He was the worst. He didn’t want to sell the character,” Wright says.

At Wrestlemania 23 at Ford Field in Detroit, Michigan, Trump was shown in a backstage segment sitting on a couch with Miss America when The Boogeyman appeared from behind. Wright says Trump didn’t think he should appear scared, and didn’t.

“I just wanted to bite his head off. He actually wasn’t the most favorable person to work with,” Wright says.

The full interview is here: http://bleacherreport.com/articles/1263908-wwe-the-boogeyman-reveals-who-he-didnt-like-working-with-returning-and-more