Home / Columns / The Zone Has Fallen

The Zone Has Fallen 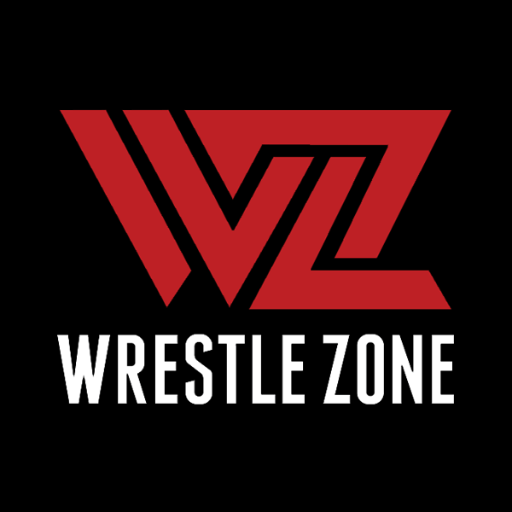 When former WrestleZone.com Managing Editor Nick Paglino learned of his fate from Crave Media Online, the same media mogul that owns ComingSoon.net, he didn’t speak to anybody regarding the matter. Hours later, news broke on Twitter that was shared by popular Pro Wrestling Journalist, Justin LaBar:

Nick Paglino is no longer editor of @WRESTLEZONEcom. He worked his ass off. I enjoyed him. No drama, just time for change overall it seems.

Effective 10/1 I will be leaving the Wrestlezone staff, following the departure of our senior editor. Thank you all for the last 7 years. pic.twitter.com/gwxtUxMOWh

LaBar was asked to step in to fill the void of Managing Editor to the site on a full time basis, something he was unable to do due to other commitments. Days later, LaBar and crew learned of their fate as well:

(1/2) More news—as of October 1st, I am no longer part of @WRESTLEZONEcom. That also includes @CSReality. Was a great run with WZ I enjoyed.

Lastly, Chris Featherstone, who was hired by Nick Paglino, was also let go as of today:

As of 10/1, I will no longer be writing for WrestleZone. Fun ride & I’m very thankful. Stay tuned for a huge announcement RE: next endeavor!

In to take charge of the website is podcaster and comedian, Nick Hausman; more known for his comedy act than his managerial experience.

It’s safe to say that Wrestling Inc, founded by Raj Giri, has won the war between the two mega Pro Wrestling websites. For years, Wrestling fans have gone back and forth on which site would be the best option for them to pick up their information on day to day operations in the industry. With the site continuously looking for talent and letting go legitimate Journalists with years of experience because of budget cuts, one wonders how much longer they will exist.

According to Bloomberg.com, WrestleZone operated as a subsidiary of Crave Medina Online on November 12th, 2007, which was then run by Matt Boone; who now works as a multimedia reporter out in San Diego.

There were rumblings of where the former members of WrestleZone are going to head to next. Mike Killam is set to relaunch ProWrestling.com, while Justin LaBar, Josh Isenberg and Juice Springsteen are set to make an official announcement on where they will be working next, this coming Monday, October 2nd. When I spoke with Chris Featherstone recently, he stated that he has a couple of things on the table, but we will have to stay tuned to where he will be heading. He did point out that he left due to scheduling conflicts, and nothing to do with budgets.

One who has gained the most out of this fiasco is Raj Giri; who continues to provide up to date content and works diligently to hire the best talent available. Rumor has it that Raj was interested in several of those that were let go from WrestleZone, but no deals were done. Both Chris Featherstone and Mike Killam had previously worked with Wrestling Inc.

If I am Crave Media, I would count my losses now and sell the website to Raj Giri and Wrestling Inc, who already have a well-established management team assembled and a team that he doesn’t let go because of budgetary reasons.

This definitely wasn’t something I saw coming. Sure, I was an employee of theirs once and was let go due to budgetary reasons, but nobody expected Paglino, LaBar and Isenberg to be gone too. They were the ‘face of the franchise’ as they say.

Writing this article wasn’t a way to personally attack anyone, but if you are going to discuss business, this was a bad business decision to allow someone with zero experience being a Manager of any kind, take over a successful brand and expect it to compete with other websites.

People nowadays know the importance of SEO, and plenty of Wrestling news sites exist today because of it. You are seeing more Freelance Writers who are expressing themselves about the industry more now than ever; sites like this one, and FanSided.com.

As of this writing, one can only hope that we will see the site continue to run. It’s better for the industry, and better for those who work for other sites where we can quote each other for sources, but you cannot expect to lose top-notch talents like Mike Killam, Chris Featherstone, Justin LaBar, Josh Isenberg and Nick Paglino and also expect to survive at the same time.

The question is asked about whether or not being a Pro Wrestling Journalist is even worth it? If you notice a lot of them have to say the right things and do the right things in order to not be attacked verbally by one of their Wrestling heroes or to be blocked by them on social media. When I worked for the site, I earned a measly $300 a month, which is $75 a week. Would it be worth it to commit your life to? Some can argue that the dream is far more important than the money, but to try and find new talent and pay them pennies on the dollar, that will be difficult to do.

Was Hausman the best for the position? I doubt it. Crave was going by seniority, and had no other choice but to bring him onto the position. Chris Featherstone, who has years of experience in Journalism and is about to hold a Doctorate, should have been given the position, but that is just my opinion.

One can only hope the survival rate will be passed this year. The question is whether or not WrestleZone or Impact Wrestling will go down first?