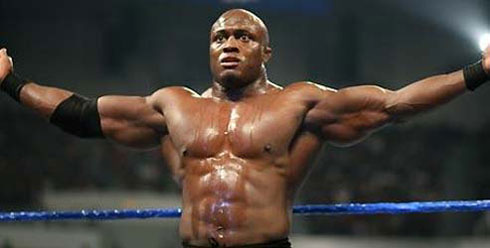 Bellator delivers a night of must-see fights for MMA fans featuring some of the most exciting fighters in the sport as Pat Curran, Patricio Pitbull, King Mo, Cheick Kongo, and Bobby Lashley return to action on Friday, September 5 from the Mohegan Sun Arena live on Spike TV.

Tickets for the event are on sale now and can be purchased on Ticketmaster.com, Bellator.com or by visiting the Mohegan Sun Box Office.

The night will be headlined by a Featherweight Title fight between two of the very best in the sport as reigning Bellator Champion Pat Curran defends his belt against Brazilian striker Patricio Pitbull. The fight has been nearly two years in the making after Curran successfully defeated Pitbull in 2013 with a narrow split decision victory. After Pitbull stormed through the Season 9 Featherweight Tournament, both Pitbull and Curran have engaged in verbal sparring matches via social media that has resulted in one of the most anticipated fights of 2014.

“I’ve been wanting this rematch with Curran for a long time, and it’s finally here,” Pitbull said. “I won that first fight, and I should be Bellator Featherweight Champion right now. This time, I’m not going to let it go to the judges. Curran has started to get cocky and he’s disrespecting me. He has no idea what I’ve been through to get to the title.”

“Pitbull has been running his mouth a lot lately and everyone is sick of hearing it,” Curran said. “I’m ready to shut him up for good. I’m an even better fighter now than I was the first time we fought and I’ll show you him how a true champion fights on September 5th.”

King Mo returns to the cage after his controversial loss to Rampage Jackson at Bellator 120, as the American Top Team product will square off against New Jersey native Tom DeBlass. DeBlass enters the fight 2-0 in Bellator and is looking for the biggest win of his career against King Mo on September 5th.

“Listen, I respect Mo and I think he’s a world class athlete,” DeBlass said. “That being said, I know what I’m capable of, and I not only believe that I will win the fight, but I’m going to finish him. Bellator has treated me incredible, and I’ve been asking for big fights. Mo is the next step to get to my ultimate goal, and I’m not taking it lightly. I’m fighting in a huge fight back on the East Coast for a promotion I love. It doesn’t get much better than this.”

The main card will be rounded out by the Bellator debut of fan favorite Bobby Lashley, who brings a 10-2 record into the cage while also currently holding the TNA Wrestling World Heavyweight Championship. Lashley will square off against Bellator veteran Josh Burns in a heavyweight clash to open the September 5th show live on Spike TV.

The night will also feature a clash of heavyweights as Cheick Kongo returns to the Bellator cage to face the heavy handed Lavar Johnson. Both veterans of the sport, the two giants will engage in a slugfest that should produce fireworks live on Spike TV.

More announcements on the September 5th fight card from Mohegan Sun Arena will be made in the coming weeks.

Bellator MMA is a leading Mixed Martial Arts organization featuring many of the best fighters in the world. Under the direction of veteran fight promoter Scott Coker, Bellator is available to nearly 500 million homes worldwide in over 140 countries. In the United States, Bellator can be seen on Spike TV, the MMA television leader.  Bellator MMA is comprised of an executive team that includes top industry professionals in television production, live event orchestration, fighter development/relations, venue procurement, sponsorship creation/development, international licensing, marketing, advertising, publicity and commission relations.  Bellator is based in Newport Beach, California. Bellator’s majority owner is entertainment giant Viacom, home to the world’s premier entertainment brands that connect with audiences through compelling content across television, motion picture, online and mobile platforms.

Spike TV is available in 98.7 million homes and is a division of Viacom Media Networks.  A unit of Viacom (NASDAQ: VIA, VIAB), Viacom Media Networks is one of the world’s leading creators of programming and content across all media platforms.  Spike TV’s Internet address is www.spike.com and for up-to-the-minute and archival press information and photographs, visit Spike TV’s press site at http://www.spike.com/press.  Follow us on Twitter @spiketvpr for the latest in breaking news updates, behind-the-scenes information and photos.