Tony Mamaluke wrestled his final match this past weekend for ECWA 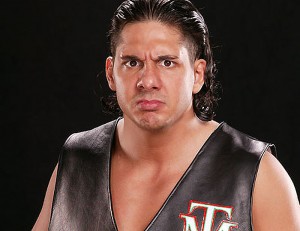 Former WCW, ECW, TNA, WWE and ROH star Tony Mamaluke wrestled his final match Sat Dec 1, 2012 at East Coast Wrestling Association (ECWA) in Newark, Delaware. In his last match, he defeated 2012 ECWA Super 8 Champion and former ECWA Heavyweight and Mid-Atlantic Champion “Greek God” Papadon. Post match, Mamaluke gave a moving speech, thanked the fans and wrestlers and left his boots in the center of the ring. In the process, Mamaluke endorsed and “passed the torch” to Papadon as the future of the business, as the formerly hated Papadon was giving a rousing ovation.

At the end of the night, after the ECWA Unified Heavyweight Title Match between Chris Wylde and Josh Daniels ended, a new Blackheart formed to include Josh Daniels, Breaker Morant, Matt Saigon, Apollyon, Rex Lawless and the returning AHTU managed by Joel Blackhart. Papadon came out as Mamaluke was being beaten down and offered a spot in Blackheart if he “finished off” Mamaluke. Papadon’s response was to attack Blackheart single handedly until AHTU returned and joined Blackheart, beating Papadon with a baseball bat!

With all of his past accomplishments, Mamaluke came to the ECWA in September 2012. He had great matches with Josh Daniels, two with Papadon and a 4-way Title Match with Champion Chris Wylde, Josh Daniels and Papadon.

Before Mamaluke decide to pursue other interests outside of professional wrestling, he was slated to compete in the 17th Annual 2013 ECWA Super 8 Tournament on April 13th in Newark, Delaware, although that had not been announced yet.

The first competitor in the 2013 Super 8 was announced last night, 1/2 of the former 3-time ECWA Unified Tag Team Champions and 1/2 of FUSION DS, Damian Dragon!

ECWA was happy to have Mamaluke for the short time it did, thanks him for his contributions and wishes him only the best in the future. Should things ever change, there will always be a spot in ECWA for Tony Mamaluke.

Final thought, I would like to say that it was all so wonderful, that I have no regrets , that I made a lot of money and been famous. But not everybody can be. I was a good jobber in an era where there wasn’t any. I was a good hand when the era was all about me and not the show. Tonight I was Mamaluke for the last time and I am not bitter, broken or emotionally unstable. I survived. In the end I have to ask myself if the last 15 years were worth it. I will answer that question after time and reflection. 15 years to the day, my career began in a flea market with 3 people in the crowd. The show was cancelled that night for obvious reasons. Tonight I had one of my best matches in years. I finally got a chance to shine 15 years later. Thank you to my ECW family. I love you all. Guido, my brother, my friend I love you and will never forget all you have done for me. Frankie a better friend doesn’t exist. Dean Malenko you will always be my idol. To the fans, I don’t know if you ever quit got me but, if you did, then thank you. Life is good, time to move on to a new chapter.