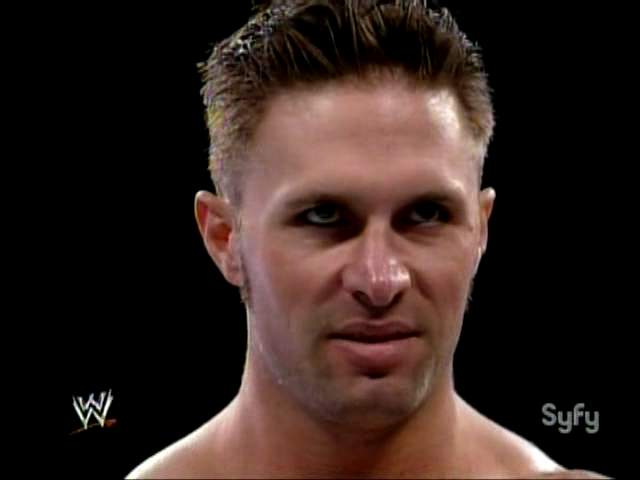 Jack and OIB are joined by former TNA and WWE superstar, Lance Hoyt! Jack brings up how the last time they talked was six years and how popular Hoyt was in TNA with Hoytamania. Hoyt doesn’t believe TNA handled it well. Hoyt mentions that at the time of popularity, TNA was doing online shows as they hadn’t been on Spike TV yet. Hoyt had a lot of fun during that time, though. He doesn’t know if their were any specific plans for him.

Hoyt notes that TNA bringing in the established names from WWE hurt him since they got precious air time instead of himself. Hoyt wishes he was given a proper opportunity but isn’t mad or bitter. Hoyt says everyone that came in were pretty easy to get along. Hoyt specifically notes that Rhino is a “super cool cat.”

Jack asks if anyone ever brought up the springboards and moonsault Hoyt would do even though he is considered a “big man.” Hoyt didn’t think their was any reason why he shouldn’t do that stuff. Hoyt believes that the business has changed and that’s why big man wrestlers may not necessarily wrestle as big man.

Hoyt talks about the creation of the Rock n’ Rave Connection with Jimmy Rave. Hoyt mentions that they were told they would think they are rock stars only because they play Rock Band and quickly thought that would be the end of their tag team. Hoyt credits TNA for giving them a lot of freedom for the gimmick. Hoyt puts over Rave as an “amazing worker.”

Jack asks how did Hoyt ended up leaving TNA. Hoyt says they mutually split up. Hoyt notes that he wasn’t working very often in TNA and was touring Japan quite often. Hoyt doesn’t know if he will go back to TNA as that is a decision up to TNA.

Hoyt would have done a lot more in Japan if he didn’t go to WWE. Hoyt loves Japan and says the fans there are a lot different and more respectful. Hoyt traveled with a guy named Michael Faith during his tour in Japan. Hoyt also worked with Andrew Martin (Test), who helped Hoyt get into WWE.

Joel calls in and asks if Hoyt ever felt that WWE held back because he was a TNA wrestler. Hoyt thought he was received very well and thinks that stigma is only true if you come into the company with a poor attitude. Hoyt has heard stories about Chris Harris having a poor attitude. Hoyt says that he and Harris were good friends and had some good matches in TNA.

Nikhil asks who idea was it to change Hoyt’s name to Vance Archer from Lance Archer. Hoyt says that Lance Archer never existed as it was one of things that false information on the internet. Vance is a play on his real name while Archer was his fathers name.

Hoyt says that Johnny Ace is NOT the biggest douche in wrestling!

Hoyt enjoyed working on the ECW brand and lists off several names that started out on ECW and advanced to RAW or Smackdown.

Michael calls in and asks about a underrated match between Hoyt and Abyss at TNA Sacrifice 2005. Hoyt considers that match to be the best match of his career.
OIB asks about Hoyt tagging with Kid Kash. “Kash was a lot of fun, he would never shut his mouth!” Hoyt enjoyed working with Kash and says that Kash liked him and would give him advice as a result. Hoyt has not talked Kash in a long time.

Jack asks if anyone gives Hoyt a problem with the lower back tattoo. Hoyt just believes it is hated on by a lot of insecure males. Hoyt got the tattoo fifteen years ago and was at a time when it wasn’t considered a “tramp stamp”

Hoyt doesn’t know if it is a good or bad thing to be put in a tag team while working in WWE. Hoyt mentions how WWE hasn’t put much focus on the tag team in recent memory.

The reason Hoyt was given for his release was because it was a budgetary move. Hoyt knows that the door isn’t closed for a return to WWE. Hoyt is going to kick butt on the independents until he gets back to WWE!

Hoyt talks about several independent shows he will be wrestling on in the Texas area. Hoyt is hoping to head back to Japan in March.

Hoyt talks about how small hotel rooms in Japan and how a big guy like himself has to deal with a small room.

Jack thanks Hoyt for coming on the show to close out the interview.