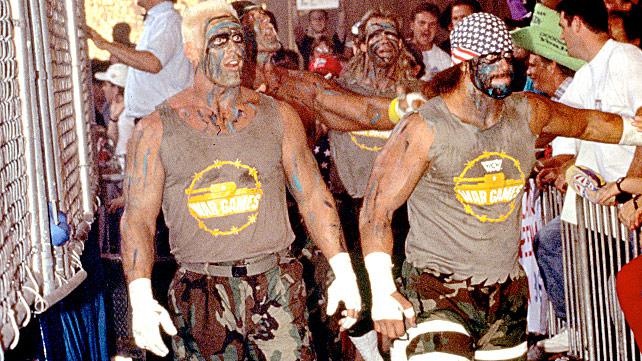 The Hulkamaniacs (Hulk Hogan, Randy Savage, Lex Luger and Sting) (with Jimmy Hart) defeated The Dungeon of Doom (Kamala, The Zodiac, The Shark, and Meng (with The Taskmaster) in a WarGames match (18:47).

Hogan forced Zodiac to submit with a chinlock.  Per a prematch stipulation, Hogan got five minutes alone with The Taskmaster.  During those five minutes, The Giant interrupted and attacked Hogan, injuring his neck.

Lex Luger was a replacement for Vader, who had left the promotion a week prior to the event. The substitution was announced on the previous Monday Nitro.