Wrestling benefit for Mike Sircy in Lebanon, TN on November 3, 2013 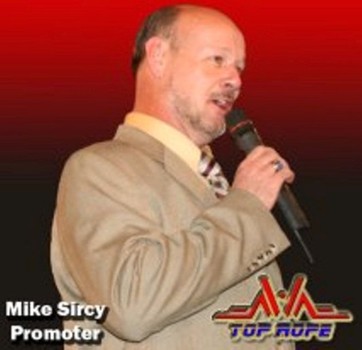 Sircy has been one of the main names in the NWA scene in Nashville for many years.  Having owned NWA Top Rope and being a part of NWA Southern All-Star Wrestling, Sircy has brought some of the best talent in wrestling to the area and, more importantly, to the fans.  Now, it is time for wrestlers and wrestling fans alike to come together and help him.

Over the last few months, Mike’s health has been deteriorating with heart and kidney problems, and even an open heart surgery scheduled for Monday.

But Sunday night, Mike’s wrestling family will be coming together to help with the medical bills that is slowly growing larger.

Card is subject to change.

The benefit for Mike Sircy will be on Sunday, November 3, 2013, with bell time at 6:00 p.m. at the Wilson County Fairgrounds Turner Evans building.  Doors will open at 5:00 p.m.  Admission is a $5 minimum donation.