Wrestling’s Greatest Faces of All Time 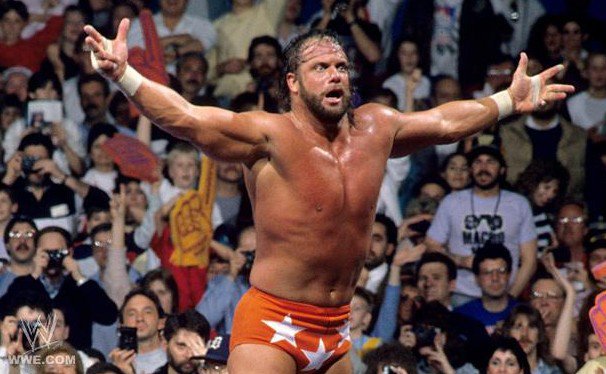 Editor’s note: This column originally appeared on www.denofgeek.us and was written by Vinny Murphy and Jesse Mateja.

When it comes to professional wrestling, just because you’re a good guy, it doesn’t mean the fans are on your side (just ask John Cena). You’ve either got it or you don’t, and wrestling history is littered with babyfaces that nobody believed in. But when you’ve got it, you’ve got it, and the ones who had that intangible something that transcended in-ring ability and mic skills are the ones that earned the love and respect of the crowd.  Say your prayers, take your vitamins, and run wild with our list of 25 good guys, from Antonino Rocca to The Rock, and from the WWWF to the WWE, who changed the face of professional wrestling!

Long before he was making awful jokes and turning into one of the lamest color commentators today, Jerry Lawler was the “King of Memphis Wrestling.” Everyone loves the hometown boy. And when the hometown boy is owner of the company and makes himself the top guy, how can the crowd not love him? Outside of Memphis for years, Lawler generally played the heel. But whenever someone stepped into Memphis, “The King” would be there to defend the people of the city. His feud with Andy Kaufman in the early ‘80s helped cement him as a champion of Memphis, and defender of wrestling. And now another generation sees him as a good guy…but with terrible jokes who is useless in today’s “sports entertainment” world.

Standing at 6′ 2” and weighing in at just over 250 lbs., Kerry Von Erich was one of the most impressive wrestlers of his generation. With movie star good looks and the most intimidating physique of any member of his famous family, “The Modern Day Warrior” seemed built for greatness. Though “The Texas Tornado” would hold the WWF Intercontinental Championship in 1990 and the WCWA World Title 4 times in the late 80s, no accomplishment ever outshone his victory over Ric Flair for the NWA World Heavyweight Title in 1984. The victory, a tribute his brother David, took place in front of 45,000 fans at Texas Stadium and affirmed the hometown hero as a national star. In 1986, Kerry’s right foot was amputated after a serious motorcycle accident. Thankfully still able to continue with his career, this accident unfortunately led to an addiction to pain killers that would haunt Von Erich until his untimely passing.

23. Junkyard Dog
After making a name for himself in southern territories, Junkyard Dog came to the WWF and quickly became a fan-favorite. What made JYD so popular and likeable was that he was tough without being threatening or mean. Half of his promos and interviews were him jive-talkin’ about I-don’t-know-what, but nonetheless he got his point across that he wasn’t afraid of any one, and kids admired him. As proof of his good-guy status, JYD would even bring kids in the ring to dance with him after matches and he was featured as one of the good guys on Hulk Hogan’s Rock n’ Wrestling cartoon. And I can’t neglect to mention his cover of Captain Chameleon’s “Grab Them Cakes” from The Wrestling Album. Yep, a song about grabbing butts. Kids like faces who sing about grabbing butts, I suppose.

22. Terry Funk
Though often the heel over his long tenure in the business, Terry Funk has been a hero at the most important points of his career. In 1975, he would begin a 14 month reign as NWA World Heavyweight  Champion, eventually losing to Harley Race. Funk’s true coup would come over 20 years later in ECW. In the Main Event of the company’s first Pay Per View, Barely Legal 1997, Funk defeated the maligned Raven for the ECW World Heavyweight Title. This would not only affirm Funk’s place as a true legend in the business, but elevate the “rebel” promotion’s status in the eyes of more traditional wrestling fans. Funk has been both the rebel and the traditionalist, but found his greatest accomplishments as a hero.

In the heat of the Monday Night Wars, how do you fight against a company that has a superstar like “Stone Cold” Steve Austin? You build yourself a bigger star! That’s what WCW tried to do with Bill Goldberg. Despite not being a great technical wrestler, with his monster frame and ever-growing undefeated streak, Goldberg would crush most opponents within a minute or two, and the crowd loved it. Chants of “GOLD-BERG! GOLD-BERG! GOLD-BERG!” filled arenas when he would make his entrance. The fans didn’t mind that what he lacked in charisma he made up with intensity. And winning the WCW World Heavyweight Title from “Hollywood” Hulk Hogan ensured he was the man. In the grand scheme of things, his WCW run wasn’t all that long, but it made an impact at a time when WCW needed it.