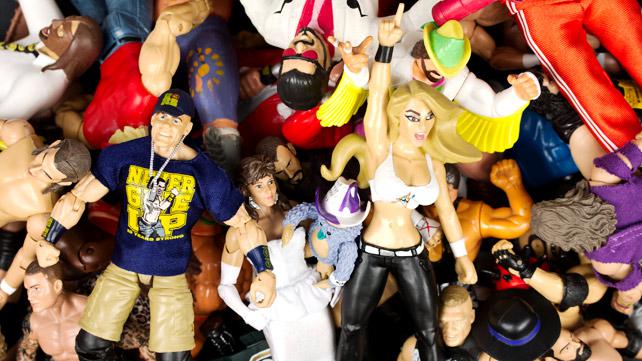 Since the mid-1980s, when sports-entertainment ensnared the imaginations of children everywhere with such colorful personas as Hulk Hogan and “Rowdy” Roddy Piper, WWE action figures have dominated toyboxes when compared to G.I. Joe, Batman and those sewer-dwelling reptiles dressed like Aldo Montoya.

From the earliest rubbery renditions of our favorite ’80s icons to Mattel’s current crop of hyper-realistic WWE action figures, there have been countless plastic ring warriors to collect. But which figures have earned a spot at the front of our toy shelves? WWE Classics counts down the 30 greatest WWE action figures of all time. Just don’t call them dolls.