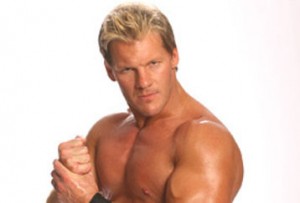 WWE officials had been negotiating with Chris Jericho on a new contract in recent weeks, but talks fell through. WWE opted to cease talks with the wrestler/musician in recent days.

It is believed that the proposed deal fell through due to control over when he worked as well as his activities outside of WWE. Officials were seeking a deal where the company would be his top priority and they would have some control over his outside endeavors. Jericho, on the other hand, wanted complete control of all of his activities.

Jericho was open to returning as early as this month had WWE agreed to his terms. He was looking to work forty to fifty dates per year, including full-time for cycles and even assisting the developmental program. However, he would determine the periods when he worked and would be strictly unavailable during tours, which WWE was not in favor of.

Rumors started that he would never return to WWE

Chris Jericho was asked on Twitter about rumors of him never returning to WWE. He replied:

The rumors likely stem from last night’s report about recent contract talks between WWE and Jericho falling apart. This does not mean that he won’t be returning in the future.

This thread is located at http://forums.onlineworldofwrestling.com/showthread.php/20164-WWE-Negotiations-With-Jericho-Breakdown