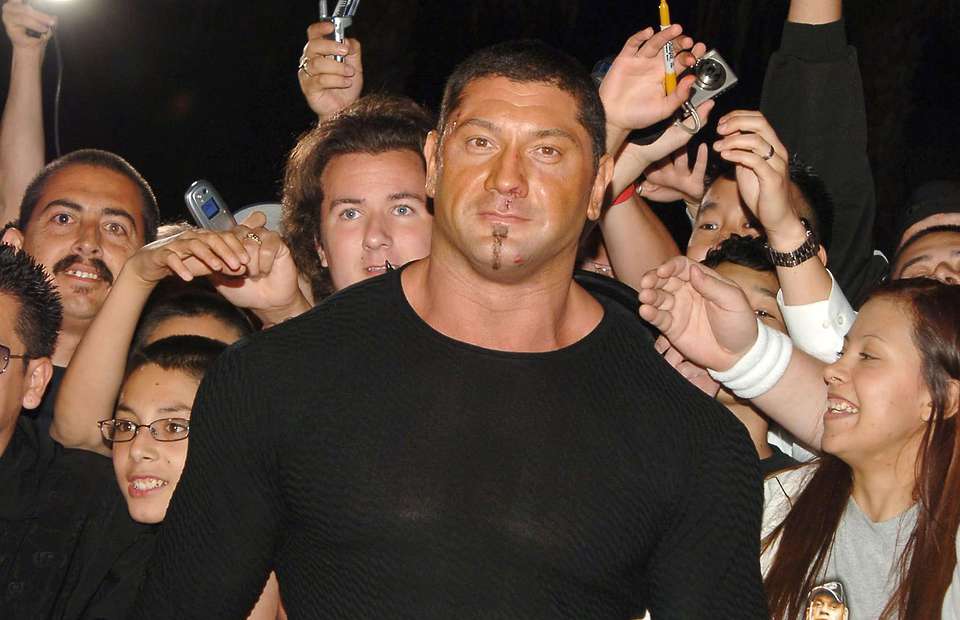 He’s already tasted box office success with Guardians of the Galaxy, but Batista is set for an even bigger role as it has emerged that he has been cast as the villain in the new James Bond movie.

He will play the role of Hinx in the 24th instalment of the James Bond series. The casting review that was released described Hinx:

“We are looking to follow in the tradition of JAWS and ODDJOB in finding an iconic baddy – Hinx (Male, aged 30 – 45). Height: 180cm – 195cm. Ideally over 6? 2?. Hinx is the main henchman/assassin. We are looking for an imposing extremely physically fit actor. He has several fights with Bond and will have to have stunt training. He has to drive. We are looking for someone very unusual, possibly from a sports background.”

Batista fits the bill perfectly and after proving that he can act after his performance in Guardians of the Galaxy, the role could be another stepping stone to an already impressive resume for the former WWE Champion.