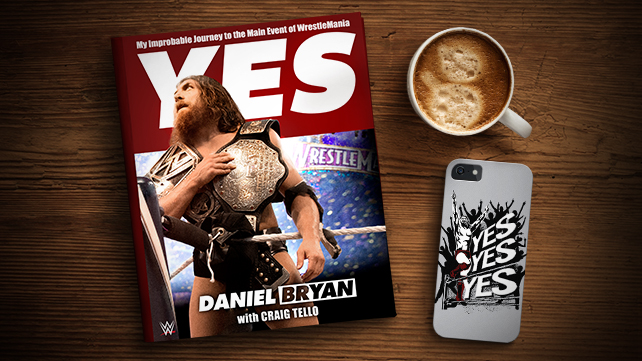 Daniel Bryan broke the news today on Twitter that his autobiography “Yes! My Improbable Journey to the Main Event of WrestleMania” made The New York Times Best Sellers list for the week of July 25.

The autobiography, which covers Bryan’s life and career as a WWE Superstar, was released July 21 and made the list at No. 18 for adult nonfiction. “Yes!” is also WWE’s 25th book to reach The NYT Best Sellers list since the formation of WWE Books in 1999.

Get an exclusive preview at the first two chapters of the best-selling “Yes! My Improbable Journey to the Main Event of WrestleMania” and order now.