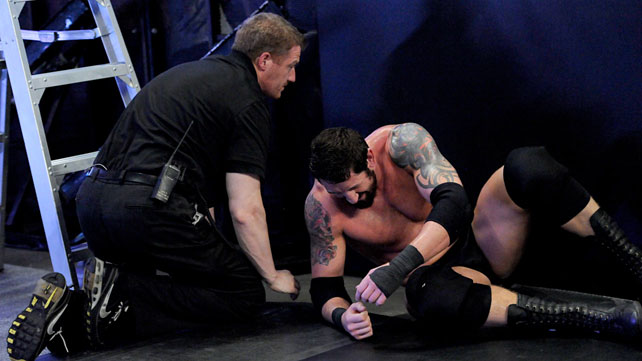 WWE physician Dr. Chris Amann spoke to WWE.com about the titleholder’s condition, explaining that the English Superstar ” … sustained an injury to his right shoulder when he was thrown into the barricade by Jack Swagger.”

“After Barrett felt an immediate pain and a pop,” continued Amann, “we brought him back to the training room and the exam showed a separated shoulder. We’re going to do some additional testing this week and then sit down with him and talk about options for treatment for this injury.”

As of yet, no official determination has not been made yet in terms of Barrett’s participation in Sunday’s Money in the Bank Contract Ladder Match.

Check back with WWE.com for more details as they become available. And don’t miss SmackDown this Friday at 8/7 CT to see how it all went down.