WWE Will Induct The Undertaker In The 2022 Hall Of Fame

WWE Legend The Undertaker has been announced for the 2022 WWE Hall of Fame Class.

WWE announced today that Taker will be the headliner for the 2022 Hall of Fame induction ceremony, which has been confirmed for Friday, April 1 at the American Airlines Center in Dallas, TX. The event will stream live on Peacock and the WWE Network.

WWE has also confirmed that for the first time ever, the WrestleMania go-home edition of SmackDown and the Hall of Fame ceremony will air live on the same night from the same venue. WWE noted that this will give all fans in attendance an unprecedented opportunity to witness both events for one price. A 2-for-1 ticket special will go on sale this Tuesday, February 22 at 10am CT via Ticketmaster.

WWE noted that Taker will appear on NBC’s Weekend TODAY show on Saturday morning to discuss the induction.

There is no word yet on who will induct Taker into the Hall of Fame, but we will keep you updated.

WWE
@WWE
BREAKING: @undertaker will be inducted into the WWE Hall of Fame Class of 2022, as first reported by @nypost! #WWEHOF https://t.co/nWptEqX1Qy 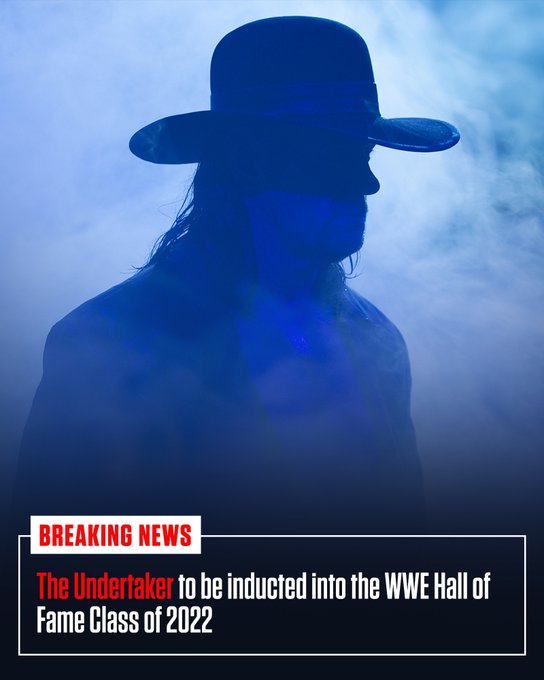