Home / Columns / GUEST COLUMN: ‘Why Marty Jannetty became the “Jannetty” of The Rockers’ by Ryan Frye

GUEST COLUMN: ‘Why Marty Jannetty became the “Jannetty” of The Rockers’ by Ryan Frye 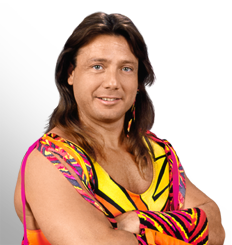 In 1901 in San Francisco, California, tag team wrestling was introduced for the first time. The hope was that this new concept would improve the quality of sports entertainment, and that it did. Since that time, it has become one of the primary staples of the business. There’s no telling where professional wrestling would be today without tag team wrestling.

However, at some point, almost all tag teams break-up in order for the two wrestlers to branch off into singles competition. Often times, one of the members will go onto have a successful singles career, while the other fades away into obscurity; solidifying them as the weak link of their former team.

Today begins a series where I will take a look at the weak links of some of the greatest tag teams of all-time, and why they didn’t have the same success as their partner did. First up is the weak link of The Rockers, or the “Jannetty” of The Rockers; Marty Jannetty.

Marty Jannetty began his wrestling career in the Kansas City territory of the National Wrestling Alliance. As part of the Uptown Boys tag team with Tommy Rogers, he’d have a lengthy feud against a team called The Grapplers and even hoist tag team gold. He’d become the TV Champion, and after  Rogers’ departure from the company, the world champion on two occasions. His career looked very promising when he was teamed with another young, high-flying star; Shawn Michaels. Their team was called the Midnight Rockers.

Michaels and Jannetty would hold the Central State Tag Team Championships, before moving onto the American Wrestling Alliance and holding those tag titles twice. But with the AWA crumbling around them, the Midnight Rockers decided to accept Vince McMahon Jr.’s offer to jump ship to the flourishing WWF.

The Rockers quickly established themselves as something different in the WWF. In a world of giants who did very little, Michaels and Jannetty were much smaller in stature, but much more exciting inside the ring. Acrobatic one moment, technical the next. Whatever style you wanted to see, Michaels and Jannetty could give it to you.

I looked at Shawn and Marty and thought they’re good workers and good wrestlers. And I was interested in them coming in because being a tag team—me and Neidhart were the tag champs when they arrived—we really needed a new, fresh team. And when I saw them, I was really keen on them coming in, and getting a chance to work with us.” –Bret Hart

However, with the glory came its pitfalls. And Michaels and Jannetty both would struggle with excessive partying and drugs. For that, they were released by the WWF in 1987 and would wrestle in both the CWA and the AWA before being re-signed by the WWF in 1988.

“Marty and I were two young guys having the greatest thing in the world happen to us; coming to the WWE and even prior to that. I mean gosh we were two young guys enjoying life and being in this line of work. It was certainly a reputation that was well-earned, but the one thing that was our saving grace was that Marty and I were pretty darn good in the ring.” -Shawn Michaels on The Rockers Backstage Reputation

Their second stint in the WWF is when they would truly shine. Despite never officially winning the tag team titles, the team now just known as The Rockers would have classic battles with teams such as The Brain Busters and The Hart Foundation. They would begin to change the way the upper-management of the company viewed smaller wrestlers and just how far they could go. In fact, The Rockers and The Hart Foundation would main event many shows during this time, while Hulk Hogan and other world title contenders would go to their hotel room for room service.

In 1990, though, The Rockers would hit a major roadblock. Marty Jannetty more specifically, as he would break an opponent’s neck when hitting his finishing Rocker Dropper move incorrectly. That opponent, Charles Austin, would sue Jannetty, Michaels and the WWF, and was awarded nearly 27 million dollars. Although not of immediate harm to Jannetty, this would come back to haunt him in more ways than just in the bank account.

In 1991—after many backstage disputes—Michaels and Jannetty would appear on Brutus Beefcake’s Barber Shop talk show. After calling The Rockers “the tightest team in the World Wrestling Federation,” Shawn Michaels would shock the wrestling world by super kicking Jannetty and promptly smashing his face through Beefcake’s barber shop window.

From here, despite all his personal shortcomings during a large portion of his career, Shawn Michaels would become one of the greatest and most decorated in-ring performers in WWE history. Three-time WWF/E Champion. One-time World Heavyweight Champion. 2-time Royal Rumble winner. Member of D-Generation-X—which some consider to be the greatest stable in wrestling history. And oh yeah, a Hall of Famer. These are just a few of the accolades Shawn Michaels holds to his prestigious name. But, for Marty Jannetty, things didn’t go so swell.

The plans for a Jannetty/Michaels feud would be halted early on when Jannetty’s personal problems—that already had gotten him released once—spiraled out of control again. He would be released for the second time by the WWF in March of 1992.

Later in the year, another chance in the WWF would result in another failed opportunity. He’d return to challenge Shawn Michaels to a match for his Intercontinental Championship at the 1993 Royal Rumble. He’d lose the match due to interference, and soon be released for the low quality of the match. At the time, Michaels claimed it was because Jannetty had been on drugs and partying again, but Jannetty retorted that it was simply due to a lack of sleep.

In May, Jannetty was signed by the WWF for a fourth time. He’d again challenge his former Rockers teammate for the Intercontinental Championship, and finally successfully do so on an edition of Monday Night Raw. Still yet, the WWF had seemingly lost all faith in Jannetty by this point. He’d lose the Intercontinental Championship in a matter of weeks to Michaels thanks to the interference of Michaels’ bodyguard Diesel.

Jannetty would later explain that Curt Henning convinced Vince McMahon to bring him back, and he was given the title only as a punishment to Michaels for the lackluster Royal Rumble match that McMahon now blamed him for, and cover up to follow. It was never McMahon’s intent to actually push Jannetty.

Jannetty would feud with Doink the Clown after the confusing sequence of matches with Michaels, whom he would beat in a two-out-of-three falls match to conclude the rivalry. Next, he’d form a team with rising star 1-2-3 Kid, after they were the sole survivors of their Survivor Series team. They’d win the tag team championships, but much like Jannetty’s Intercontinental Championship reign, their reign with the gold would be brief. They’d lose the tag titles a week after winning them at a house show. The highlights of the match were shown at the 1994 Royal Rumble. What a year for Marty, huh?

This is where Jannetty’s in-ring incident with Charles Austin would haunt him. The case would brought forward, and Jannetty would suddenly vanish from the WWF. While there’s never been confirmation that this was the reason for his departure, nobody has ever denied it either.

After a short time spent in Extreme Championship Wrestling (ECW) as a contender to “The Franchise” Shane Douglas’ ECW Championship, Jannetty would wrestle on the independent scene before being re-signed to the WWF. This would serve as his fourth return to the company, and fifth stint overall.

Even though Michaels had turned into a beloved face by this point, Jannetty would team with Razor Ramon in a feud with Sycho Sid and the now heel 1-2-3 Kid. After this feud ended, Jannetty would turn heel himself and form “The New Rockers” with Leif Cassidy. This team quickly stagnated however, and Jannetty would leave the WWF in 1996.

He’d float around ECW, WCW and even spend a couple more short stints in the now-WWE in the early 2000s, but he still didn’t stick with any of the promotions. Today, he wrestles on the independent scene, most recently spending time in CHIKARA and UWA Elite.

NOTE: All quotes in this article are from the WWE Greatest Rivalries: Shawn Michaels vs. Bret Hart DVD that was released by the WWE in 2011.