Home / Columns / Was It Really Better?

Was It Really Better? 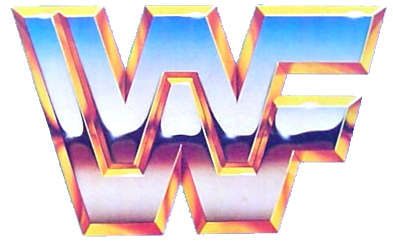 Hitting the Ropes – Was It Really Better?

Recently I was the featured guest on the “Madden and Doyle” radio program and we talked about a lot of different sports.  NFL, NCAA, baseball and of course pro wrestling.  I thought the show went really well and the host Pete said he got some good feedback.  But then I listened to the program and realized something I didn’t like…I had turned into THAT GUY.  You know, the “everything was better back then” guy.  The “back in the day” guy.  Ugh.  What’s next?  Wearing black socks and white shoes while yelling at the kids to get off my lawn?!?

How did this happen?  When did I become this way?  And is this transformation permanent?

Then I started thinking…wait a minute…maybe things really WERE better back in the day.  I started watching pro wrestling during the national boom of the mid-1980’s.  It WAS a pretty amazing time to be a wrestling fan.

Hmm…I need to break this down because I have too many conflicting thoughts running through my head.

Andre vs. Hogan at WrestleMania III:  Honestly, what modern day match could mean this much?  C.M. Punk vs. Daniel Bryan?  Maybe Stone Cold vs. Rock came close at times.  In general, though, we see the big names fight each too often now.  During the build for this match Hulk and Andre were only in the ring once together and that was during a battle royal.  By the time they met in Pontiac, MI, it felt like the future of wrestling was at stake.  Is the match a technical classic?  No.  But people aren’t romanticizing WrestleMania III’s main event, it really did feel that huge.  It is very hard to replicate this “sense of the moment”.

Storytelling:  Wrestling has always been about storytelling.  The stories, if done correctly, build the characters into people we care about.  Back in the 80’s stories were given more time to breath because the payoff wasn’t usually until one of the four yearly pay-per-views (in the case of WWF).  Sure not every story was interesting or well-done (really, One Man Gang is now…who?  Akeem?) but more often than not stories were supplemented with solid interviews and a weekly progression that kept you tuning in.  Some of my favorites: the “Million Dollar Man” gimmick, the Mega-Powers (which lasted for two years!), the Heenan Family, and Honky Tonk Man’s reign as Intercontinental champion.

Saturday Night’s MAIN EVENT:  This show was only on every 6-8 weeks so it felt extra special.  And not only was SNME a cool show with fun music and colorful graphics, but it was the rare occasion to see high quality matches.  Most episodes moved along key storylines, none more so than when the “Madness met the Mania” in Hershey, PA.  Plus it was a great excuse to stay up late and order pizza. Bonus points when you are a teenager.

Enhancement Talent:  Call them jobbers, whatever you want, but they were great at making the stars look like “stars”.  It was also good for the company not to job out their mid-level talent each week (think R-Truth, Zack Ryder, 3MB, etc.).  The WWF stars always looked strong on TV which is critical for building house shows and pay-per-views.  And as a bonus some of the jobbers became fun parts of the show, almost stars in their own right.  I mean, who didn’t love Iron Mike Sharpe??

Tag Team Wrestling:  Tag team wrestling in the mid-to-late 80’s was simply incredible.  We all know the teams – the Road Warriors, the British Bulldogs, the Hart Foundation, the Rockers, Demolition, the Killer Bees, the Rougeau Brothers, and the list goes on and on.  Teams stayed together.  Teams were given great storylines. The WWE is placing some more emphasis on the tag division, and as much as I like the Shield, it will never be like it was. And now when teams break up they seem to simply dissolve.  Seriously, can’t someone throw someone through a plate glass window anymore?

Action Figures:  You could probably argue that today’s WWE action figures are better than the initial line-up of WWF figures (and toys in general).  They certainly look more realistic.  And I do like the special combo packs and “classic” superstars packaging.  But for my money the original LJN figures will always be the best wrestling figures ever made.  You could actually sling these guys around and PLAY with them.  Figures today seem more like collectibles.  I guess it’s probably a good thing I eventually stopped booking my own shows…after all it WAS time to go to college.  (People do complain that the paint on the LJN figures easily rubbed off…which is true…but I would rather have a Honky Tonk Man with a black nose than these new WWE Power Slammers, what a disaster they are!)

Managers:  Managers were such a vital part of the WWF storylines in the 1980’s.  Paul Heyman is as good as ever, but overall the managers in the 80’s were unique and important.  Being a part of the Heenan Family seemed like a big deal.  Mr. Fuji was devious (and carried salt), Jimmy Hart was whiny and noisy, Slick was over-the-top stylish, Elizabeth was demure and beautiful, and Bobby Heenan was simply the best ever.  Too often managers today are characters like Rosa Mendes who are stuck with other talent because there aren’t better storylines available.  Virgil was so much better than Ricardo Rodriguez it isn’t even funny.

In-ring Characters:  I’m sure this is just a personal preference but I liked the WWF when it was littered with a wild collection of characters.  George Steele ate turnbuckles, Kamala wrestled in tribal makeup, Koko B. Ware carried a bird, Brutus Beefcake cut peoples’ hair.  Not every character worked, but in general the roster was diverse and interesting, supported by more serious technicians (Greg Valentine, Tito Santana) and large men (King Kong Bundy, Andre the Giant).  So many of today’s wrestlers seem too generic, too similar, and if they are given a unique gimmick so few actually get over.  I love what they’ve done with the Shield, but sadly there seem to be too many Los Matadores and Fandangos out there.  Today’s generation would probably disagree with me here and think the 80’s was too “cartoonish”.  Tough call here.

Internet Fan Sites:  As editor-in-chief of OWW I obviously feel the Internet has been good for pro wrestling or I wouldn’t invest my personal time working on this website.  The Internet could be considered the BEST thing (historical results, videos) to ever happen to wrestling, or maybe possibly the WORST thing (story leaks, false rumors) to ever happen to wrestling.  At OWW we try to document the history of the sport so it can be appreciated for generations to come.  We try to stay away from gossip and speculation, although I’m sure at times we miss the mark there.  In any event, wrestling fans can learn a lot about their favorite stars, follow the action of any promotion in the world, and access an almost limitless amount of wrestling video content.  That’s pretty awesome.  (I wonder if the wrestlers themselves would agree with me though…)

Athletic Wrestling Moves:  I’m not saying that there weren’t great athletes in the 1980’s, but it is impossible to deny how more physically demanding today’s wrestling style is on these performers.  The WWF I grew up watching was more of a “punch-kick-slam-finisher” style.  Now each week features high-flying spots and spectacular moves, sometimes in unique settings like Hell in a Cell matches.  I don’t necessarily think ring psychology is better today but the moves executed by today’s superstars are really impressive.

Physical Conditioning:  Very few of today’s superstars appear to be out of shape.  Even bigger guys like Mark Henry, Kane, and the Big Show are not just large “fat” guys.  They can move.  In the 80’s you had guys with great bodies like Paul Orndorff, but there were plenty of guys like Adrian Adonis and Uncle Elmer who just looked unhealthy.  Plus steroids were a major problem (Warlord, British Bulldog).  Today’s stars seem to take better care of their bodies.  I’m not naive to think steroids and recreational drugs don’t exist in today’s locker rooms, but it doesn’t seem to be the epidemic that claimed the lives of so many former wrestlers.  Major plus here.

The Divas:  We could argue all day about how Vince uses the Divas on his roster, but the fact remains the girls are more dynamic and interesting then they were when I was growing up.  I liked Rockin’ Robin and Sherri Martel, and the Fabulous Moolah vs. Wendi Richter feud was important in the “Rock N’ Wrestling” storylines, but in general the modern-day Divas such as Trish Stratus, Lita, Mickie James, and Beth Phoenix show how female wrestlers have evolved over time.  Sure there are too many “models” on the roster, but to ignore the actual workers would be an injustice to their talents.  [Note – I’m not including Miss Elizabeth here, she was so incredible she really deserves her own column…]

Arena Design:  No contest here.  The WWE in-person experience is really impressive, from the fireworks, to the music, to the video screen, to the lighting, everything is state-of-the-art.  I enjoyed going to the old Hershey Park Arena when I was a kid, and the older arenas had charm, but the modern conveniences and product presentation of today is tough to beat.  The WWE definitely knows how to add to the excitement of the wrestling itself. The set this past year at MetLife Stadium was a really cool backdrop for Wrestlemania 29.

Video Games:  Again, no contest here, although in fairness the entire video game industry has grown exponentially since I was a kid.  So maybe it’s not fair to even compare then and now.  But that doesn’t change the fact that the first WWF video game I played featured 6 wrestlers (each with ring music that sounded exactly like the next).  Not good.  But even that was better than the colossal disappointment of Micro League Wrestling which featured “digitized video action”.  I knew it was trouble when the box said “no VCR necessary”.  Ugh.  I may not buy WWE 2K14, but it looks pretty spectacular and features an unreal list of wrestlers.  All of the advances in technology have been applied nicely to wrestling video games.

Obviously there is no right or wrong answer.  For me I enjoyed the 1980s more because I “believed” in the spectacle and was much more emotionally invested in the stories.  The Harts, Macho Man, Hulkamania, Demolition…everything felt so important to me.  Wrestling today is a beautiful product that showcases great athletes.  But it isn’t the sport I grew up loving.  Maybe I think I “know” too much about the business itself to ever fully invest in the television storylines again.

Of course, my 9-year old son is all wrapped up in Daniel Bryan and seeing if Triple H will do what is  “best for business”…so I appreciate the WWE today and hope it will always be magical for him.  Thought I imagine one day he’ll look back and wonder if it was better when he was a kid too…